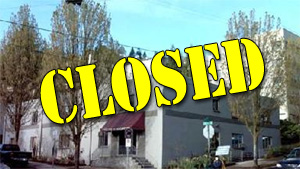 Portland, OR – The Lovejoy Surgicenter, an abortion facility in Portland, Oregon, which offered abortions through six months of pregnancy, closed its doors on January 16, 2021.

Lovejoy Surgicenter was founded in 1971, and boasted of being the longest running abortion facility in the Pacific Northwest after nearly 50 years in business. As of its closing, it was still operated by its original founder, Allene Klass.

The Lovejoy Surgicenter’s new splash page announced the closure, but noted that it would “reopen” on March 1, 2021, under new ownership, a new business name, and at a new undisclosed location.

Transactions like that described by Lovejoy Surgicenter on their website splash page indicate that a buyer is likely purchasing equipment from the closed facility and is taking custody of the patient records, which are required by law to be maintained, usually for ten years.  In reality, any new abortion business will be a different entity.

“Abortion businesses never like to admit they are closing, but this in indeed a permanent closure and a victory for women and their babies,” said Troy Newman, President of Operation Rescue. “For nearly 50 years, pro-life activists prayed, peacefully protested, and offered help to women outside that abortion facility.  Now, their prayers have been answered and their faithfulness rewarded.”

Over the years, Operation Rescue documented botched abortion medical emergencies, including one in which a teen required emergency ambulance transport when the facility experienced a power outage in the middle of a surgical abortion.  The facility had no back-up generator, despite boasting of meeting hospital standards as Oregon’s only state and federally licensed abortion facility.

It took over four months and yet another failed inspection before the facility was finally able to come into compliance.

There was also a record of sexual abuse of patients at Lovejoy Surgicenter.  In 2012, a lawsuit was filed by a former Lovejoy employee alleging that nurse Evie Gradwohl had harassed her by pursuing an unwanted lesbian affair, and that Gradwohl had sexually molested women while they were under anesthesia.  The Oregon State Board of Nursing later ordered Gradwohl to stop practicing.

“We are thankful that this troubled abortion facility has finally shut down.  The world is a bit safer place today for pregnant women and their unborn babies,” said Newman.  “Operation Rescue is on the watch for any new abortion business that would threaten the lives of the unborn, and will keep the public informed if one is actually ever opened.” 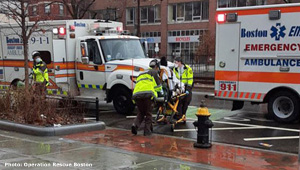