Dubious arrangement has shattered public confidence in the grand jury’s ability to properly do its job.
Olathe, Kansas – Over the objections of the District Attorney’s office, Planned Parenthood has reached an agreement with a grand jury that will release censored information from subpoenaed abortion records, but not the records themselves.
Judge Kevin Moriarty has agreed to take custody of the 16 abortion records, in which all patient identifying information has already been redacted, and compile information from them into a “spreadsheet” that the grand jury will be allowed to inspect, in order to protect what has been proved to be non-existent “patient privacy” concerns.
The agreement was called “ridiculous” by Assistant District Attorney John Christopher Pryor who expressed concerns that the Judge will also have to testify as a witness before the grand jury. It is improper for a judge to testify in a proceeding he is overseeing.
“This suspicious arrangement has made Judge Moriarty an ad hoc member of the Planned Parenthood defense team. He is taking on the role of censor and is preventing the grand jury from gaining access to critical evidence,” said Operation Rescue President Troy Newman. “Moriarty is allowing Planned Parenthood to run the investigation and only provide the evidence they want the grand jury to see without the benefit of the full context of the documents. It’s like trying to get an idea of the full scope of the Grand Canyon when only being allowed to view it through a peep hole.”
“We cannot trust the outcome of this investigation because the secret investigative process has been violated, subpoenas have not been honored, improper communications have taken place between special prosecutors and Planned Parenthood attorneys, and because of the appearance of impropriety concerning censored evidence. This process has become corrupted beyond redemption.”
“It is a sign of serious ethical problems within the system when the public confidence in the court is so completely shattered,” said Newman. 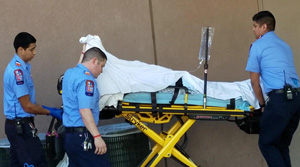 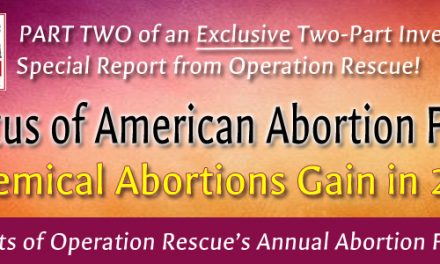