Chicago, IL – A copy of Tonya Reaves autopsy report that was sent to Operation Rescue by the Cook County Medical Examiner’s office was missing the six important pages that further detailed Reaves fatal abortion injuries and noted that Planned Parenthood was where her abortion took place.
The sanitized copy sent to Operation Rescue contained no mention of Planned Parenthood. The omission was discovered when attorneys for the Thomas More Society, who also had filed an open records request for the report, compared notes with Operation Rescue.
“It appears we received an incomplete copy that did not document the fact that Planned Parenthood is responsible for Reaves death,” said Troy Newman, President of Operation Rescue and Pro-Life Nation. “This only further affirms our concerns that officials in Chicago are trying to cover up for Planned Parenthood in this case.”
On missing page titled “First Call Sheet”, there appears to be redacted information on the first line under “Medical History” where the circumstances surrounding Reaves death are explained. After the redaction, there is the following notation: “1100. Planned Parenthood. Suction D&E. Post Op bleed.”
The missing pages note that Reaves was transported to Northwestern Memorial Hospital via a Chicago Fire Department ambulance at 4:30 p.m., five and a half hours after her botched second trimester abortion left her hemorrhaging. However, there is no record that an emergency 911 call was placed by Planned Parenthood.
Also included is an anatomical diagram indicating a large abdominal incision made during an emergency hysterectomy performed by a hospital surgeon in a vain effort to save Reaves’ life as well as marks on her chest consistent with the application of defibrillator paddles. The records show that despite these efforts, Reaves could not be resuscitated.
“This case has become a political hot potato. Now we see efforts to illegally conceal records that, by law, should have been produced under our Freedom of Information Request. It was completely wrong for the Medical Examiner’s office to withhold those pages from the public. We can only wonder what they are hiding,” said Newman. “We appreciate the Thomas More Society providing us with the full autopsy report, which we have made available to the public, as it should be.”
View Tonya Reaves Full Autopsy 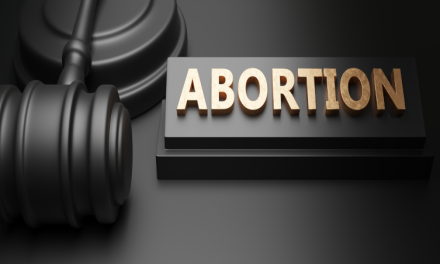