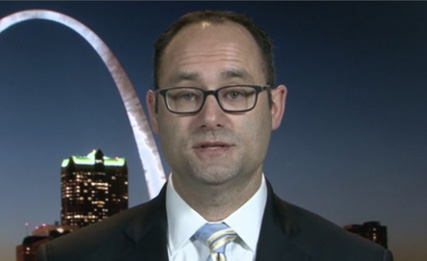 St. Louis, MO – In a new development in the licensing showdown between the Reproductive Health Services Planned Parenthood in St. Louis and the Missouri Department of Health and Senior Services, Planned Parenthood Medical Director David Eisenberg has vowed to defy Missouri law that he says requires two pelvic exams before a woman can receive an abortion.

There’s just one problem with that.

Missouri law only requires a woman to undergo one pelvic exam during a pre-abortion health evaluation that also includes a patient’s health history and lab tests – all standard medical requirements that are done to ensure the patient’s health and safety.

Eisenberg’s statements about the non-existent requirement for two pelvic exams came during an interview with CBS Evening News, which apparently never bothered to fact-check Eisenberg.

(D) A written medical history shall be obtained for each patient. A health assessment including a pelvic examination shall be performed. Pregnancy shall be confirmed by clinical evidence and laboratory tests. This information shall be used in determining the duration of gestation, identifying preexisting medical or other complications, and detecting any factors which could influence the choice of the procedure, anesthesia, or preoperative and postoperative management. If the physician determines gestation is beyond the first trimester, an ultrasound examination shall be performed and results shall be recorded in the patient’s medical record.

“Why Eisenberg is lying to the media about the state requiring two pelvic exams is a mystery, but then again, this is the same Planned Parenthood abortionist who thought hand washing between glove changes was some new standard when a health inspector caught him not washing,” said Operation Rescue President Troy Newman. “His misinterpretation of Missouri law is more than troubling, and is probably something the Missouri Board of Registration for the Healing Arts, which licenses physicians, should take a close look at.”

RHS Planned Parenthood’s most recent Statement of Deficiencies dated May 28, 2019, consisted of 62 pages of violations related to botched or failed abortions done on four women. The DHSS cited the abortion facility for failing to have the same physician that does the pre-op appointment where the pelvic exam would be done also conduct the abortion.

This failure in the case of “Patient 1” contributed to the abortionist’s misunderstanding of the location and orientation of her uterus, which led to the patient having to suffer through three abortions – two of which failed completely.

Another troubling statement made by Eisenberg during the CBS interview involved an accusation that patients have been harmed by pelvic exams.

“Over the last few weeks, I have new evidence to say that 100% of the patients who I’ve taken care of who’ve undergone this inappropriate, medically unnecessary, unethical pelvic exam have been harmed by that,” said Eisenberg. “Because to do so, in my opinion, is just assault.”

“If pelvic exams are ‘assault’ what would be subjecting women to three abortions?  What would be botching an abortion so badly that a woman looses over half her blood volume? What would be conducting an abortion that left parts of the baby inside a mother for five weeks?” asked Newman.  “These are all things that the DHSS has documented occurred at RHS Planned Parenthood under Eisenberg’s direction.”

No evidence was forthcoming from Eisenberg during the interview or after.  That’s because pelvic exams are a routine part of health care for women.

“If 100% of Eisenberg’s patients have suffered harm from having a routine pelvic exam, it’s because he’s not doing them right!” said Newman.  “Frankly, I have a hard time believing anything that comes out of his mouth.  He’s likely to say anything to vilify the state at this point because he knows that he is primarily responsible as the Medical Director for the egregious violations that have lead to real patient harm that has endangered the lives of at least four – and probably a lot more — of RHS Planned Parenthood’s abortion patients.”

City Judge Michael Stelzer set a deadline of June 21, 2019, for the DHSS to act on RHS Planned Parenthood’s facility license application one way or the other. The license expired on May 31, 2019, and the DHSS has be so far unable to renew it because the patient safety investigation noted in the Statement of Deficiencies had not yet concluded, primarily due to a lack of cooperation from RHS Planned Parenthood.

RHS Planned Parenthood is the only active abortion facility in Missouri.

Read the May 28, 2019 Statement of Deficiencies at RHS Planned Parenthood (62-Pages)

UPDATE 6/20/19, 6:55 pm CDT: All day nearly every media outlet has misreported that Missouri requires two pelvic exams prior to abortions. This afternoon, the DHSS released a press statement correcting the misconception and emphasizing that the state requires only one pelvic exam prior to abortions during the health evaluation. Click to read the DHSS Statement.

Note: The May 28, 2019 Statement of Deficiencies was obtained and published by Operation Rescue while it was still a public record. The Court has since sealed it at RHS Planned Parenthood’s request. The DHSS has filed a motion to unseal it, but as of this hour, there has been no ruling yet on that matter.