Philadelphia, PA – As the second week of testimony wrapped up in the Gosnell capital murder trial, emotions ran high as another argument broke out in court between Defense Attorney Jack McMahon and Medical Examiner Dr. Gary Collins over his decision to classify the overdose death of Karnamaya Mongar as a homicide.
Gosnell has been charged with third degree murder in the death of Mongar, a 41-year old diminutive refugee from Bhutan, who died on Nov. 19, 2009, from an overdose of Demerol during a 19-week abortion at Gosnell’s West Philadelphia “House of Horrors” abortion clinic.
Initially, Dr. Collins concluded that Mongar’s death was the result of “accidental overdose” and noted as much on Aug. 13, 2010. However, once the Grand Jury began to investigate and provide the Medical Examiner with additional information, he changed the cause of death to “homicide” on Dec. 17, 2010.
“From the get go, the circumstances (described) were inaccurate — totally inaccurate. That made it sound like everything was being done above board,” Collins testified concerning the limited information he originally had access to when evaluating the events surrounding Mongar’s death.
Collins was shocked to learn of the wretched conditions and substandard practices that Gosnell and his unqualified staff inflicted upon vulnerable women.
“You would think you would have people trained in CPR and actual nurses, registered nurses, if you are doing abortions,” Collins said.
“Dr. Collins got a startling wake-up call when the truth about Gosnell’s practices began to surface,” said Troy Newman, President of Operation Rescue and Pro-Life Nation. “Most people probably share Dr. Collin’s naiveté when it comes to abortion as it is practiced currently in America. The reality is that abortion clinics across the nation are filled with untrained staff members who conduct medical duties for which they are not qualified in abortion clinics that are poorly equipped to handle the medical emergencies that occur all too often. These conditions are the rule, not the exception.”
McMahon engaged in a heated cross examination of Collin over decision to change the cause of death, promoting Judge Jeffery Minehart to warn the pair.
News reports indicated that McMahon began to “seethe” as an agitated Collins surprised everyone in the court room as he suddenly jumped from his seat, tore off the large sheet of paper displayed for the jury that contained McMahon’s version of the timeline of events leading to Mongar’s death, and began scribbling his own timeline on the exhibit.
Judge Minehart stopped the witness, who later apologized to the court. The judge cautioned the jury to “focus on the evidence, not the histrionics of lawyers, witnesses, and ‘sometimes a judge,’” according to one news report.
In addition to Mongar’s death, Gosnell faces 7 counts of first degree murder for killing newborn babies after late-term abortions by snipping their spinal cords through the backs of their necks with scissors.
So far, only one of Gosnell’s employees, Adrienne Moton, has testified against him. Of the eight who were arrested and charged with him, all have pled guilty to various crimes but have not yet been sentenced. According to the plea deals, each one, with the exception of Gosnell’s third wife, Pearl, will be sentenced after giving testimony. The length of their sentences will be determined based on the quality of their testimony.
The trail is expected to resume on Monday. An Operation Rescue representative plans to be in court to report first-hand on the third week of testimony. The trail is expected to last at least six weeks.
Gosnell Trial Archives

Will Minorities Be In Back Of Sebelius Health Care Bus? 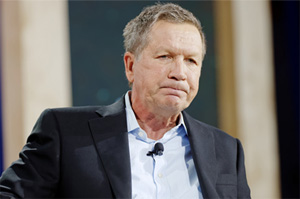 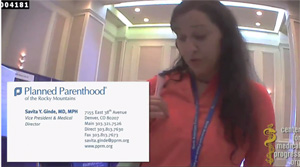