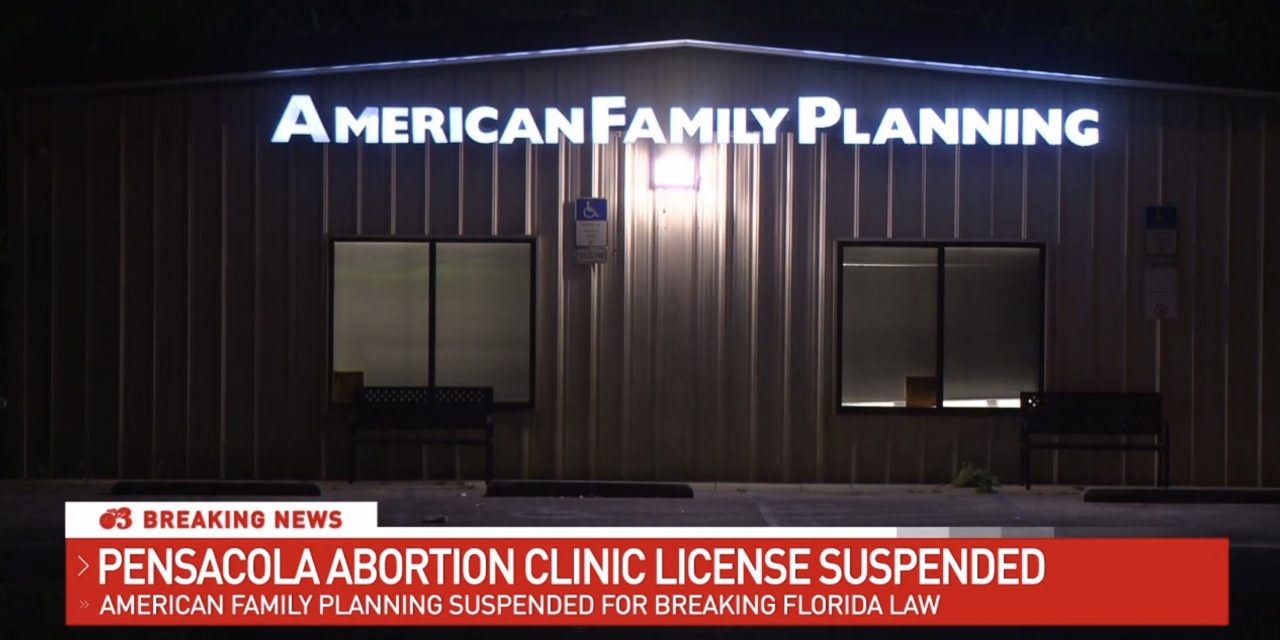 Pensacola, FL – The Florida Agency for Health Care Administration (AHCA) has issued an emergency suspension of the facility license for American Family Planning, an abortion facility in Pensacola that is affiliated with the disgraced New Jersey abortionist Steven Chase Brigham.  The order was issued on May 20, 2022.

Although Brigham no longer holds any valid medical license, he continues to control and profit from several abortion facilities on the eastern seaboard of the U.S., including the Pensacola facility.  Brigham is known for his deceptive practices, disregard for the law, and corners-cutting on patient care that has led to numerous medical emergencies and at least one patient death.

Operation Rescue verified today that American Family Planning is not currently scheduling abortions, and there is no word on when they might continue.

The emergency suspension was based on the negligent handling of severe injuries to two women during second trimester abortions that were documented during a May 16, 2022, survey of the American Family Planning facility, which has yet to be published by the AHCA.  However, the Emergency Suspension Order contained details of the women’s negligent treatment.

Patient One went to the American Family Planning facility on May 5, 2022, for an abortion at 19 weeks, two days gestation.  Over the next six hours, she was given seven doses of Misoprostol, a drug used to induce uterine contractions.  Patient One sat in the car with her spouse for nearly 3 hours during which she was unmonitored by the clinic.

By 3:00 p.m. that day, Patient One returned to the clinic where an abortion procedure was attempted by an unnamed abortionist. During the dismemberment Dilation and Evacuation (D&E) abortion, the woman suffered cervical lacerations and a “possible” uterine perforation, which caused the abortionist to halt the procedure.

The incomplete records noted that she suffered a blood loss of either 250 milliliters or 750 milliliters.  It was impossible to tell which because the two and seven were written on top of each other, making it impossible to determine the correct amount.

A nurse from the facility told AHCA investigators that Patient One was released sometime around midnight.  Despite her deteriorating condition, her spouse was told to take his wife to a hospital in Mobile, Alabama, even though he believed she should have gone to a nearby hospital in Pensacola.

No ambulance was called and there was no indication that the abortion clinic staff made any effort to facilitate the transfer by private vehicle to the hospital.  No records accompanied the injured woman to the Alabama hospital.

About an hour later, Patient One was admitted to a hospital in Mobile.  The AHCA stated:

There was no record of American Family Planning staff ever attempting to follow up or provide aftercare to this woman.

Patient Two went to American Family Planning on March 23, 2022, for an abortion at 20 weeks, 2 days gestation.

During the insertion of the laminaria, the patient’s amniotic sac was ruptured, and she began to bleed.  Efforts the stop the bleeding were unsuccessful.  Nevertheless, the abortion procedure was done and apparently the bleeding persisted.

Records of the procedure and aftercare, including vital signs and estimated blood loss, were incomplete or nonexistent.

A decision to transfer the patient was made late in the evening.  EMS records indicated that an ambulance arrived at the facility at 11:27 p.m.  The EMS crew entered the facility to find the unresponsive woman laying on a table covered in blood with pools of blood on the floor.

Her condition was described as “diaphoretic [or perspiring], cool, and only responsive to painful stimuli.”  EMS could not get a pulse, and her blood pressure was critically low at 75/35.

Once at the hospital, the woman underwent emergency surgery for injuries that included holes that had been torn in the right and left wall s of the uterus with cervical lacerations and heavy bleeding.

Patient Two underwent a total hysterectomy that included removal of the uterus and both ovaries.  She was given ten units of blood to compensate for the “egregious blood loss.”

The Emergency Suspension order also included information about a third woman injured during an abortion on August 27, 2021.

That woman was hospitalized and underwent surgery to repair a uterine perforation, a colon resection, a colostomy, the removal of the S-shaped part of the colon near the rectum, and an endoscopy of the urinary bladder.

None of the three life-threatening abortion injuries were reported in a timely manner as required by law.  American Family Planning was fined $200 for the 2021 incident then fined another $200 on May 17, 2022, for failing to report termination of pregnancy totals for February 2022.

A pattern of endangering lives

The AHCA noted that if the agency had not acted to suspend American Family Planning’s facility license, the abuses it found during its investigation would have continued to endanger women.

“As the facts reflect, Respondent has failed to meet these minimum licensure standards and these failures are not isolated events, but operational and management system deficiencies endangering the health, safety, and welfare of Respondent’s patients,” the order stated, noting that the deficiencies existed in the past and present, and were expected to continue if the AHCA had not acted as it did.

The AHCA also mentioned that it believed lesser action, such as the imposition of another fine, was insufficient to persuade the American Family Planning to come into compliance with licensing requirements.

Typical of Brigham’s past behavior

The abortionist involved in Patient One and Two’s botched abortions admitted he was unfamiliar with the abortion facility’s patient care protocols.  This and the lack of record keeping, dangerously botched abortions, and apparent efforts to cover them up is all typical of past behavior by Brigham and his abortionists.

The misadventures of Brigham’s shoddy abortion empire are well documented and too numerous to mention.

Brigham is associated with an impressive number of business entities that he uses in a type of shell game to make it appear on paper that he has divested himself from abortion businesses, even though he retains control of them behind the scenes.

Some of his misadventures include:

Join Us For “A Prayer For Change” – Democratic National Convention, Denver, Colorado, August 22-25 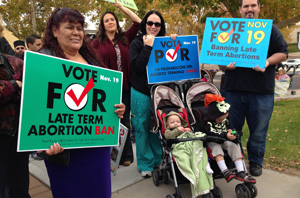