By Cheryl Sullenger
Columbia, MO – Abortions scheduled for today will not take place at the Planned Parenthood abortion facility in Columbia, Missouri. This is the same facility that was cited on September 26, 2018, for infection control issued that included a rusty abortion machine with tubing that contained mold and dried blood from the last abortion done at that facility five days earlier.
But the good news doesn’t end there.
The Planned Parenthood facility in Kansas City also does not qualify for license renewal and will not be issued an abortion facility license under the current conditions there. Both the Columbia and Kansas City abortion facilities are operated by Planned Parenthood Great Plains.
That leaves just one abortion facility left in Missouri, a Planned Parenthood abortion clinic in St. Louis, which has its own problems with failed inspection reports and a high number of women hospitalized due to abortion-related medical emergencies.
Adding to the St. Louis Planned Parenthood’s woes, Mary Kogut, CEO of St. Louis Region and Southwest Missouri, suddenly announced her resignation effective later this month, leaving that organization and its so far unsuccessful abortion expansion plans in disarray.
Several factors led to the cessation of abortions today in Columbia.
Planned Parenthood Great Plains had challenged a long-standing Missouri law that required abortionists to maintain hospital privileges within 30 miles of the abortion facilities where they worked. In 2017, a federal injunction was issued blocking the enforcement of that law. This allowed Planned Parenthood Great Plains to expand abortions into Kansas City and resume them in Columbia.
Last month, the Eighth Circuit Court of Appeals struck down that lower court injunction and allowed Missouri health officials to once again enforce the licensing law beginning October 1, 2018.
Two other things happened on October 1. The Columbia Planned Parenthood’s abortion facility license was set to expire that day. It’s abortionist, Colleen McNicholas holds no hospital privileges in Columbia, which meant the facility did not meet licensing requirements so no license could be issued.
Instead of shutting down, Planned Parenthood filed a motion for a new temporary restraining order to once again block enforcement of the law and began to schedule abortion appointments in Columbia for Wednesday, October 3, 2018.
Also on October 1, oral arguments were heard on Planned Parenthood’s motion for a temporary restraining order. It was thought that the judge would issue a ruling that night, but a ruling never came. If fact, as of this morning, there has been no order has been issued by U.S. Western District Court Judge Brian Wimes on Planned Parenthood’s request.
That has left Planned Parenthood’s Columbia and Kansas City locations in non-compliance with the law and unable to legally operate.
“Anytime an abortion facility must cancel abortion appointments, we know that some women will never go back. That means lives are saved,” said Operation Rescue President Troy Newman. “The pro-life groups in Missouri have worked very hard for today’s victory. We congratulate them and pray that these closures will be permanent.”
Judge Wimes’ ruling on Planned Parenthood’s restraining order request remains pending as of this writing. 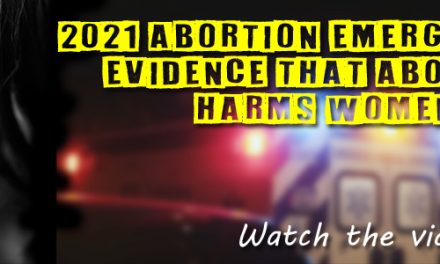