Topeka, KS — If women are dying at abortion clinics, the public should have a right to know. However, when a an abortionist told the Kansas Legislature that five women had died from abortions in Kansas in the past five years, neither the Kansas State Board of Healing Arts (KSBHA) nor the Kansas Department of Health and Environment (KDH&E) could or would verify.

“Because we cannot get a straight answer out of the state agencies who should know, Operation Rescue is filing a formal complaint with Kansas Attorney General Derek Schmidt asking him to fully investigate this claim and bring to justice the abortionists that are killing women in Kansas,” said Operation Rescue President Troy Newman.

The KDH&E immediately denied a request under the Kansas Open Records Act by Operation Rescue for information about the abortion-related maternal deaths, and would not even confirm or deny the number.

The KSHBA did not immediately deny the request made to their agency, but within minutes of receiving it KSBHA Executive Director Kathleen Seltzer Lippert e-mailed Operation Rescue Senior Policy Advisor Cheryl Sullenger with extensive reasons why they may not be able to confirm Hodes’ allegation.

According to Lippert, abortion facilities must report patient deaths to the KSBHA, however, if they manage to get the dying woman to the hospital before she expires, the abortionist need not report anything. Oddly, hospitals and extended care facilities are not required to report abortion-related maternal deaths to the KSBHA.

Vital statistics made public by the KDH&E for 2009 indicate there were 28 “maternal deaths” in Kansas since 2005 that could include at least some abortion-related deaths, according to definitions used in Kansas. Grouping the abortion deaths with other pregnancy-related deaths gives an unclear picture of abortion safety (or lack thereof) in Kansas.

Abortionist Herbert Hodes told a state legislative committee of these patient deaths last week during his testimony in opposition to a bill that would tighten clinic regulations and place abortion clinics under greater oversight.

Hodes runs an abortion clinic in Overland Park, Kansas, along with his daughter, Traci Nauser, who is also an abortionist. Together, they offer abortions up to 22 weeks.

Hodes once sued the state in Federal Court over an opinion issued by former Attorney General Phill Kline that indicated abortion clinics were subject to mandatory child sex reporting laws. That case was ultimately thrown out on a technicality after the reporting law was amended.

During that case, Hodes asked an Assistant Attorney General to define “protect,” when asked if he believed the state had an interest in protecting children. His testimony ended abruptly when questioning about Hodes’ willingness to follow Kansas law was stopped by his attorney, who ordered him not to respond on the grounds that it might incriminate him.

His attorney had reason to be concerned. A staff member at Hodes’ abortion clinic was caught in an undercover phone sting conducted by Life Dynamics, Inc., advising a caller, who represented herself to be a 14-year old girl who was having sex with a 22-year old man, to go to the nearly Planned Parenthood office, with a guarantee that she could get an abortion and/or birth control pills to avoid Kansas parental notification laws.

Hodes is a member of the National Abortion Federation, a group of abortion clinics that has been known to harbor among the worst abortionists in the nation, including convicted Arizona abortionist Brian Finkel, who was sentenced to 35 years in prison for raping and otherwise sexually abusing over 100 of his abortion patients. Recently, the NAF has been criticized for not reporting Pennsylvania abortionist Kermit Gosnell after one of their members found gross violations at his clinic. Just months later, Gosnell’s clinic was raided by police, who discovered filthy conditions along with the remains of newborn babies that had been murdered by Gosnell and his unlicensed staff. He faces the death penalty for the murder of one patient and seven newborn babies.

According to the NAF’s own statistics, abortion-related maternal deaths occur once in 160,000 abortions. Kansas has an estimated average of 10,300 abortions per year since 2005. Five years ago there were four abortion clinics in the state. Since 2009, there have been three.

“God forbid that we should discover that we have a ‘house of horrors’ here in Kansas where women are apparently dying in secret at a rate nearly 16 times the apparent national average,” said Operation Rescue President Troy Newman.

“Five deaths among so few abortion clinics in five years is an appalling statistic with criminal implications. We have seen abortionists go to jail in other states for killing one woman during an abortion. Five deaths is unheard of. Lives are literally at stake. We call on Attorney General Derek Schmidt to get to the bottom of this for the protection of women and to bring the perpetrators to speedy justice.” 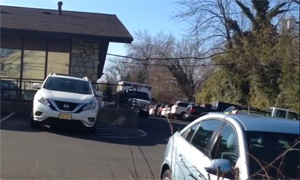