By Cheryl Sullenger
Wichita, Kansas – It was learned yesterday that there have been two attacks on Operation Rescue staff members through their social network accounts.
It was discovered through a LifeNews.com article that the New York Attorney General’s office was receiving personal information gathered by an abortion facility worker who had created a fake Facebook account to gain access to personal information of hundreds of pro-life activists and leaders around the country. The fake account under the alias Shelly Walker was used to friend pro-life supporters for the purpose of mining their profiles for information. The abortion worker then “developed dossiers” on those she spied on, which she then fed directly to the New York Attorney General’s office to aid in the prosecution of 14 pro-life sidewalk counselors who offer help to abortion-bound women at the Choices Women’s Medical Center in New York. The pro-life activists have been sued under the Freedom of Access to Clinic Entrances Act and similar state laws.
The personal Facebook accounts of both Troy Newman, President of Operation Rescue, and Cheryl Sullenger, who serves as Senior Vice President of Operation Rescue, were targeted by the fake Facebook persona.
“There is no telling who else was given our private information by this abortion activist. Our personal accounts contain information about our families, who could be placed in danger should that information fall into evil hands,” said Troy Newman, President of Operation Rescue. “To have this kind of targeted spying sanctioned by a State Attorney General without a warrant or probable cause is intolerable and a violation of our rights.”
In another attack on free speech, Twitter.com executed an overnight purge of the followers of accounts related to conservative politics and pro-life issues, especially those who support the policies of President Donald Trump.
Some, such as Day Gardner, of the National Black Pro-Life Union and an outspoken supporter of Pres. Trump, were locked out of their accounts overnight when many of their followers disappeared. Others lost hundreds and even thousands of followers.
The Twitter accounts of @OperationRescue and @SullengerCheryl both suffered unusual losses of followers overnight.

I got locked out and lost followers as well…apparently, It's a "thing" with Twitter https://t.co/Be07RnkA9t

If you’re a conservative be sure to toe the line on @twitter or the @TwitterSupport team will make sure your deemed “ineligible” to promote your content on their site. This is absolutely absurd. pic.twitter.com/pLwZA4pzsS

Who else lost thousands of followers overnight?

Just six months ago, Operation Rescue was subject to an algorithm change on the Google search engine that dramatically diminished traffic to its website www.OperationRescue.org. Traffic to that website, which contains documented incidents of abortion abuses and negative information about Planned Parenthood, has not recovered since Google buried it in its search results.
“More and more Twitter, Facebook, YouTube, Google, and others are using algorithms and other punitive measures to herd pro-life supporters and outspoken conservatives into a limited-speech ghetto where their opinions cannot be heard,” said Newman. “Because of this effort to silence our voices, I’ll say this proudly for all the leftist pro-abortion free-speech haters out there: Jesus is Lord. Abortion is Murder. I love America. I support President Trump. You will never silence us as long as we still breathe.”
Please follow @OperationRescue and @SullengerCheryl on Twitter.com and Operation Rescue’s YouTube channel to send the message that despite the censorship attempts, pro-lifers will not be herded into social media ghettos where our message is muted.

Tiller the Killer Rushes to Hospital 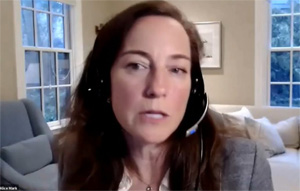