“Will we live long enough to see Planned Parenthood brought to justice?”

LISTEN TO TROY NEWMAN’S 1-MIN. AUDIO COMMENTARY ON THIS SUBJECT
By Cheryl Sullenger

Overland Park, KS – It is the case the time forgot.
Still languishing somewhere in a Johnson County, Kansas, court file are 107 criminal charges against Planned Parenthood of Kansas and Mid-Missouri, awaiting their fate at the hands of a Kansas Supreme Court that can’t seem to remember why calendars hang on the wall.
It’s funny how one “a” word, abortion, so often inspires another “a” word: amnesia.
Certainly many in the State of Kansas would like to forget this case.
It all started what seems like eons ago when a brassy attorney general decided to do the unthinkable – enforce the state’s abortion laws.
It is doubtful that when former Attorney General Phill Kline began his investigations into Kansas abortion clinics in 2003, he would ever have anticipated how his loyalty to his duty as the state’s chief law enforcement official would affect his own life, much less the state.
In 2004, in the course of his investigation, Kline sought abortion records from the Kansas affiliate of Planned Parenthood and other abortion clinics. Judge Richard Anderson granted a search warrant for documents, which Kline turned in for a less invasive subpoena. It was a routine law enforcement request. Medical records are provided to police and prosecutors every day, without redaction or even much question.
However, obtaining these medical records turned into a three-year ordeal before the Kansas Supreme Court that was anything but routine.
In fact, it was extraordinary. There were sealed cases, secret lawsuits, and mandamus actions of the most complex nature as to confound all but the most legally astute.
Finally, the Court begrudgingly ruled that Kline was entitled to the records, but implemented a convoluted and protracted process for third-party redaction of the records. Kline finally was granted possession of the documents on October 24, 2006, just two weeks before he was to stand for re-election in one the most rancorous campaigns in memory, too late for him to complete his investigation or file charges.
Kline had two political opponents that year, Paul Morrison, a pro-abortion Republican who switched party affiliation in order to challenge Kline, and the Kansas media. The impact of the jaw-dropping viciousness with which the media daily castigated Kline for daring to uphold abortion laws is still reverberating through Kansas today, even though Kline is no longer an office holder and has moved a half a continent away. Some politicians now shy away from the abortion issue because they don’t want to get “Klined by the media.”
Kline lost that election to Morrison, who served as the Johnson County District Attorney. With Morrison vacating that office, it fell to the county Republican Party to appoint his replacement. In a hall-of-fame-worthy twist of irony, Kline was appointed to finish Morrison’s term as Johnson County District Attorney.

As it turns out, that is the same county where Planned Parenthood plys their grisly trade. So in an effort to halt Kline’s investigations, the turn of events actually allowed Kline to focus specifically on Planned Parenthood.
Then on October, 18, 2007, Kline filed a massive 107 count criminal case against Planned Parenthood, alleging that they had committed illegal late-term abortions and “manufactured evidence.” (Read the Complaint)
Two months later, Paul Morrison was caught is a shocking sex and abortion corruption scandal and forced to resign. In his place, pro-abortion Gov. Kathleen Sebelius appointed Steve Six to serve as attorney general.
As the case progressed, Judge Richard Anderson, who oversaw Kline’s investigations both as attorney general and as district attorney, testified at one hearing that he believed that Planned Parenthood committed felonies to cover up for misdemeanors.
Kline subpoenaed Judge Anderson to testify at another hearing, but Six blocked the subpoena with an end-run to the Kansas Supreme Court. Without explanation or citing any law to back up her decision, Chief Justice Kay McFarland issued a gag order on Judge Anderson and ordered that the abortion files in his custody not be produced.
This began another round of secret legal attacks, law suits, and mandamus actions that personally cost Kline a small fortune and threatened his future ability to practice law. Why? Simply because he believed it was his duty to enforce the law — laws that certain powers-that-be wished everyone would forget.
Judge Stephen Tatum indefinitely put a hold on the case pending a decision by the Kansas Supreme Court on matters before them.
Obviously this is only a brief summary of the details and the depth of duplicity involved in this case, which could easily fill a book. (Read a timeline of events.)
Delays in the case eventually outlasted Kline, and he was defeated for election to the District Attorney’s office in November, 2008. He was replaced by Steve Howe, a Morrison operative with a milquetoast record who seems perfectly content to allow the Planned Parenthood case to fade slowly away into the Kansas prairie sunset.
Then, in May of this year, the Court ordered oral arguments and the case was heard that could put the prosecution of those 107 charges back on track. A representative of the court told observers in the gallery to expect a decision by the end of June. Now it is the end of July, with no decision in sight.
Meanwhile, Sen. Tim Huelskamp and Rep. Lance Kinzer released an audio tape that was part of Operation Rescue’s own investigations into Planned Parenthood wrong-doing. It showed that Planned Parenthood was up to their old tricks, and caught them red-handed ignoring a supposed incident of child sex abuse. (Listen to the call.)
Who knows how many women and children they have victimized while the courts delay action?
“This case can be summarized in three words: delay, delay, delay,” said Operation Rescue President Troy Newman. “The question now is ‘Will we live long enough to see Planned Parenthood brought to justice?’”
Good question, for the case that time forgot. 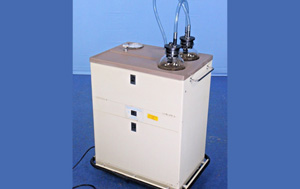