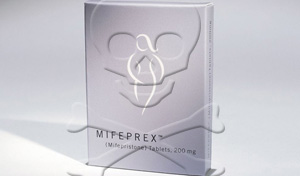 Meanwhile, the media misrepresents Operation Rescue’s Medical Board complaint against the abortionist who broke the law.

Austin, TX – When the Texas Heartbeat Act went into effect on September 1, 2021, banning abortions after the detection of a heartbeat on a baby in the womb, the pro-abortion fanatics immediately implemented a back-up plan that was long in the works.

Last week, Gov. Greg Abbott signed a new law, S.B. 4, that would put an end to the mail delivery of abortion drugs.  It is set to take effect on December 2, 2021.

“The Texas legislature understood that the Abortion Cartel would fall back on the mail delivery of abortion drugs to bypass the Heartbeat Act and took action to prevent that scheme.  Their forward thinking will save innocent lives,” said Operation Rescue President Troy Newman.

The new law, states that, “A manufacturer, supplier, physician, or any other person may not provide to a patient any abortion-inducing drug by courier, delivery, or mail service.”

The law also does the following:

Violation of the law by “any person” is a criminal felony but excludes women who take the abortion drugs from prosecution.

Meanwhile, the first two civil suits have been filed against San Antonio abortionist Alan Braid, who confessed in a Washington Post editorial that he violated the Texas Heartbeat Act by committing an abortion on a woman who was in her first trimester of pregnancy but beyond the time when the baby’s heartbeat could be detected.

The suits were filed by men who appeared to be a couple of misfits.  The first was filed by a disbarred Arkansas attorney, Oscar Stilley, and the second by an Illinois resident, Felipe N. Gomez, who described himself as a “pro-choice plaintiff.”

“I don’t know how serious these two plaintiffs are, so it is uncertain how far these suits will get,” said Newman.

Operation Rescue took a different avenue by filing a complaint with the Texas Medical Board seeking an immediate emergency suspension of Braid’s medical license and permanent license revocation.

Operation Rescue’s medical board complaint has been misrepresented by the media as one asking the Board to enforce the Texas Heartbeat Act.  In fact, the complaint instead asks for disciplinary action because he willfully violated a Texas law.  Those licensed by the Texas Medical Board are required to follow all laws.  Those that don’t are subject to disciplinary action.

“We are not asking the Medical Board to enforce the Texas Heartbeat Act.  We are asking for disciplinary action against Braid for ethical violations and unprofessional conduct because he confessed to breaking the law,” said Newman.  “The fact that the life of an innocent human being who was protected by that law was illegally ended was presented in the complaint to emphasize to the Board the seriousness of Braid’s defiant actions.”

Operation Rescue has not yet heard from the Texas Medical Board regarding its complaint, which was filed last week.

The Texas abortion laws come in the wake of the the U.S. Supreme Court’s decision to hear a Mississippi case that involves a ban on abortions after 15 weeks of pregnancy.  That case, Dobbs v. Jackson Women’s Health Organization is set for oral arguments on December 2, 2021, with a decision expected in the spring of 2022.  Mississippi as specifically asked the Highest Court to overturn the 1973 Roe v. Wade decision that decriminalized abortion in America.

The Texas and Mississippi cases are expected to bring the debate on abortion to the forefront during the lead-up to the 2022 Mid-term Elections.

“Whenever abortion is publicly debated, the pro-life side wins.  When the public is faced with the brutal reality of what abortion does to a living human baby, it becomes hard to justify the barbaric act,” said Newman.  “Nevertheless, we expect the Democrats and their lackeys in the mainstream media to continue their gas-lighting campaign to demonize pro-life activists and reforms.  Even if the Texas laws stand and the Supreme Court overturns Roe v. Wade, this is a debate that will be far from over.” 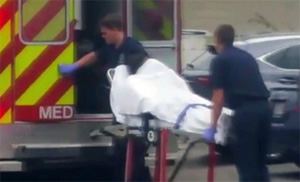