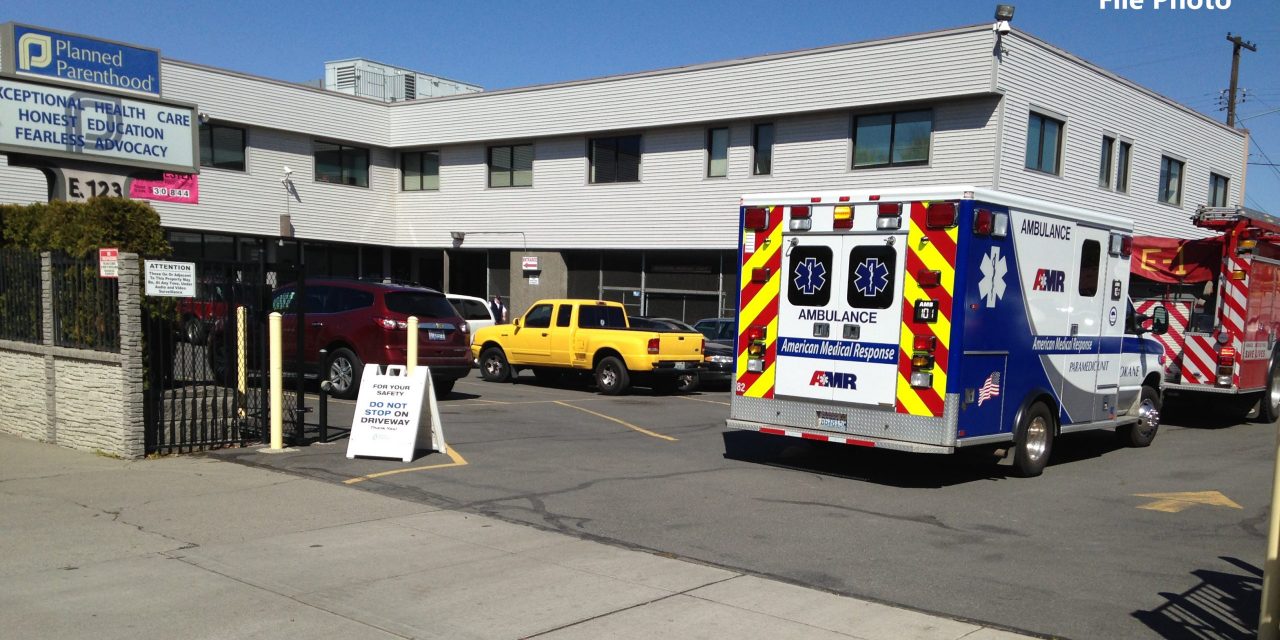 By Cheryl Sullenger
Spokane, WA – For the third time this year, an ambulance was called to a Planned Parenthood abortion facility in Spokane, Washington. The incident took place on September 16, 2015.
According to the 911 recording obtained by Operation Rescue show that the Planned Parenthood caller hesitated when asked by the 911 dispatcher what happened.
“Um, uh, uterine perforation,” the Planned Parenthood caller said.
A uterine perforation is a hole torn in the woman’s womb when the sharp suction cannula that is used to dismember the baby is thrust too deep into the uterus. This can be a life threatening injury depending on the severity of the tear, whether other internal organs were damaged, and the amount of internal bleeding that occurs. Uterine perforations can usually be repaired, but may result in hysterectomies in severe cases.
Other medical emergencies this year at the Spokane Planned Parenthood took place on January 7 when a woman was transported due to “abdominal pain” and on April 15 when a hemorrhaging woman was sent by ambulance to a hospital emergency room.
Earlier this week, Operation Rescue reported a botched abortion at the Planned Parenthood abortion facility in Houston, Texas, on August 4. That represented the 10th abortion-related medical emergency at that facility, which was featured in a video released by the Center for Medical Progress earlier that same day. The Planned Parenthood official who contacted 911 in that case was featured in the CMP video describing how easy it is to harvest fetal eyeballs.
During a September 29, 2015, hearing before the House Oversight Committee, Planned Parenthood CEO Cecile Richards testified, “I’m proud to be here today speaking for Planned Parenthood, a leading provider of high-quality reproductive health care in the United States.”
“The thirteen women that were transported this year from just two of Richard’s abortion clinics might dispute her claim of ‘high-quality’ care,” said Operation Rescue President Troy Newman, who also sits on the board of the Center for Medical Progress. “Planned Parenthood has butchered one woman after another, many of whom are lucky to be alive. Others, such as Tonya Reaves, were not so lucky and ended up on a cold slab in the morgue.”

• Contact your Congressman and demand that no Federal tax money be given to Planned Parenthood.
• Spread the word by posting this article to your social networks under the hashtags #DefundPP #ShutEmDown #ProtestPP
• Sign up to attend a peaceful nation-wide protest at Planned Parenthood facilities across America on October 10, 2015. Visit ProtestPP.com for more information.