Alabama Abortion Mill To Close Down Rather Than Clean Up

Montgomery, AL – Beacon Women’s Center has announced on its website that their abortion clinic is now closed. The clinic remains open only for follow-up patients until June 18, 2010, when it will officially surrender its operating license.

Beacon Women’s Center had a long history of health and safety deficiencies on record with the Alabama Department of Public Health.
Deficiencies included:

• Shoddy record keeping
• Improper distribution of controlled substances without proper physician authorization
• Failure of nurses to administer the correct medication
• Failure to determine if patients had drug allergies
• Failure to adhere to the state ultrasound laws that mandate women be offered to view of their ultrasound images
• Use of expired medication and supplies
• Being dangerously understaffed on abortion days
• Unlicensed administrator assisting with abortion surgeries
• Use of unsterilized medical equipment, including speculums and dilators
• Falsifying lab tests
• Improperly conducting urinary pregnancy tests, and reading results before prescribed time had expired – staff scored 60% failure for proficiency for conducting pregnancy tests
• Using faulty, uninspected lab equipment
• Broken suction machine that was not removed per order of inspector

The clinic’s web site announced the closure and offered a $100 discount to women if they were willing to travel to a sister-clinic in Atlanta, Georgia, for their abortions.
According to sources in the ADPH, a consent decree was signed in June 8, 2010, agreeing to close the clinic in order to avoid a revocation hearing.
“We are thankful that yet another abortion clinic has closed. This illustrates again three things we know to be true about abortion clinics: Clinic regulations work. Abortionists don’t heed regulations. Inspections close abortion mills,” said Operation Rescue President Troy Newman. “We still have not found a single abortion clinic that follows the law. If every abortion clinic nationwide was inspected and the laws enforced, we doubt that any abortion clinic could stay open. We applaud the pro-life ministries in Alabama who have worked so hard for this day.”
“It is our experience that babies will be saved because of this closure because women will now seek other options in their area” said Newman. “We have yet to met a woman who has told us that she regrets keeping her baby, but we know thousands who have told us they regret their abortions, so this closure will be good for women and families in the Montgomery area.”
The closure of Beacon Women’s Center leaves six active abortion clinics left in Alabama. This closing follows a national trend. Since 1991, over two-thirds of the nation’s abortion clinics have closed. Operation Rescue keeps an up-to-date listing of abortion clinics around the country. Click here to view.
Read Beacon’s 2008 Disciplinary Document
Read Beacon’s 2010 Disciplinary Document 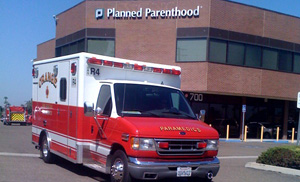