Lincoln, NE – Operation Rescue has received word that criminal investigators from the Attorney General’s office are in the process of interviewing former abortion employees that submitted affidavits blowing the whistle on illegal activity at LeRoy Carhart’s Bellevue abortion clinic.
One of the former workers contacted Operation Rescue and told Troy Newman and Cheryl Sullenger that she had been interviewed last week.
“We are encouraged that the Attorney General’s office is taking the allegations against Carhart seriously and are in the process of investigating this case,” said Operation Rescue President Troy Newman. “Mr. Bruning seems to be a man of integrity and we believe that he will enforce the law once he is convinced that the laws have been broken. We are confident that once the investigation is completed, the Attorney General will find there is more than enough evidence on which to bring criminal charges.”
Operation Rescue, along with Rescue the Heartland, Nebraskans United For Life, and the Christian Defense Coalition, filed a formal request for an investigation in July. That request was forwarded to the Department of Health and Human Services, which maintains oversight of clinics and physicians.
On the day that Operation Rescue announced that it had been informed that a DHHS investigation was being monitored by the Attorney General’s office, Carhart “laid off” nearly half of his abortion clinic staff.
Some of those women went to the press with their stories of illegal activity by Carhart. Three of his former employees, some of which were not involved in the lay-offs, contacted Operation Rescue and Rescue the Heartland and agreed to submit affidavits to the Attorney General and the DHHS.
Later, a fourth former employee came forward and gave a sworn statement with similar accusations of wrong-doing.
All of the women said that they did not have any medical training or licensing, yet they were instructed to perform medical duties that they were not legally qualified to do, such as starting IVs, dispensing medication, and assisting with surgeries. They claimed that drugs often came up missing, and that there was a general uncleanness about the facility, including the discovery of dried blood on instruments that had been laid out for surgery.
Some of the women claimed that they believed that Carhart was often chemically impaired while on duty, that he had poor personal hygiene, and that he rarely if ever washed his hands between patients.
Background 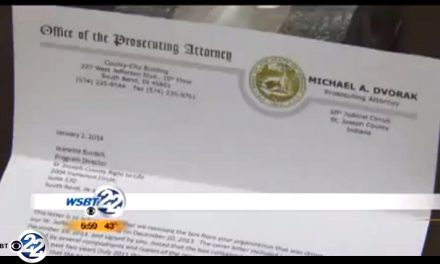