Beverly Hills, CA – An ambulance was called to the Pro-Choice Medical Center in Beverly Hills, California, on September 11, 2019, for a patient who was bleeding after a second trimester abortion.

However, details about the medical emergency found in the Beverly Hills Fire Department Records obtained by Operation Rescue raised additional questions about what really happened to this woman.

The Pro-Choice Medical Center is an upscale abortion business owned and operated by Josepha Seletz, one of the few abortionists in the nation to openly conduct abortions throughout all nine months of pregnancy.  Because of her targeted Hollywood clientele, she is sometimes referred to as the “Abortionist to the Stars.”

There is evidence to show that the baby aborted on September 11 was a wanted baby who unexpectedly died in the womb.  According to the records, the woman was approximately 15 weeks pregnant with her first baby when she was informed at a routine obstetrical appointment that her baby “miscarried,” meaning he or she died in utero.  Also noted on the EMS patient care record under “Medications” were “Prenatals,” or prenatal vitamins.

Generally, women who make routine appointments with obstetricians and take prenatal vitamins do not intend to have abortions.

A week later hearing the sad news of her baby’s death – and risking the onset of infection the entire time — she reported to the Pro-Choice Medical Center for a Dilation and Evacuation (D&E) dismemberment abortion.

But why an obstetrician would refer a woman suffering such a loss to an abortion facility remains a bit of a mystery.

“I am always appalled to hear that an obstetrician referred a woman carrying a deceased baby in her womb to an abortion clinic – especially one that has a long history of botching abortions like this one does,” said Troy Newman, President of Operation Rescue. “Any doctor with a sense of decency would check his patient into a hospital and personally provide or oversee her care under these circumstances, instead of dumping her on an abortion mill.”

Another puzzling notation in the patient care record was that the estimated blood loss of this patient was only 20 cc’s – less than an ounce of blood – which is minimal and certainly does not pose an immediate medical emergency.

However, vaginal bleeding after a D&E abortion was the stated reason an ambulance was called, and why she was transported Priority 2 to Cedars Sinai Medical Center.

A Priority 2 transport is indicative of a serious, but not immediately life-threatening medial emergency that requires urgent care. Ambulances running at this priority level use lights and sirens to speed arrival.

“There is obviously information not included in the records that would answer questions about what actually happened to this woman.  It’s just a sad situation, no matter how you look at it,” said Newman.

A previous medical emergency took place at the Pro-Choice Medical Center just a month before the September 11 emergency.  In that case, 39-year old woman underwent a dismemberment abortion of 18-week twin babies.  About an hour after the abortion, 911 was called.  EMS arrived to find the patient lying in a pool of blood on a surgery table.  It was estimated that she hemorrhaged nearly 18 ounces of blood before help arrived.

Newman concluded, “This is another example of how abortion facilities just are not equipped to handle even the most common complications to abortions, causing these situations then rise to the level of an medical emergencies.  This makes abortion facilities very dangerous places, not just for babies, but for women as well.  They should all be shut down in the interest of public safety and human decency.” 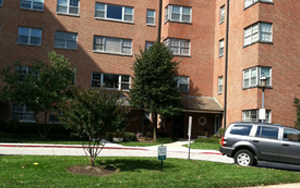