Dayton, OH – Emergency responders swarmed late-term abortionist Martin Haskell’s Women’s Med Center abortion clinic, located in the Dayton suburb of Kettering, in response to a medical emergency on August 16, 2012.
Local pro-life activists photographed paramedics loading a female patient into an awaiting ambulance. Those activists confirmed that the abortionist on duty that day was Roslyn Kade, a long-time associate of Haskell’s.
“How many women must be subjected to life-threatening complications before the Ohio Department of Health takes action? Women deserve to know that when they walk into one of Haskell’s clinics, they face the very real danger that they will be wheeled out on a gurney,” said Troy Newman, President of Operation Rescue and Pro-Life Nation. “We call on the Ohio Medical Board to immediately act to protect women from Haskell’s dangerous late-term abortion operation.”
This is the fourth medical emergency recently documented at Haskell abortion clinics. In February of this year, a woman was transported from Haskell’s Kettering clinic to a local hospital. In March, Haskell personally placed a 911 call from his clinic located in the Cincinnati suburb of Sharonville and was heard laughing at the dispatcher who offered emergency information. A fourth woman was once again hospitalized in March, 2009, after abortion injuries received at Haskell’s Kettering clinic, the site of the most recent incident.
Earlier this year, Operation Rescue filed a formal complaint against Haskell with the Ohio Medical Board, which currently has Haskell under investigation.
Haskell holds no active hospital privileges as required by law and has been allowed to keep his clinics open on two variances, or legal waivers, issued by the Ohio Department of Health. One physician, Walter T. Bowers, II, who listed on Haskell’s Sharonville waiver was found to have committed negligence during a botched delivery of a wanted baby in Kentucky and has been banned from the practice of Obstetrics in that state. Bowers has since been dropped from Haskell’s waiver after his history was made public by pro-life organizations. 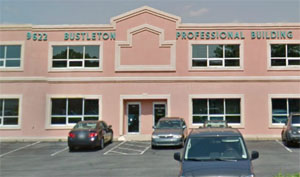