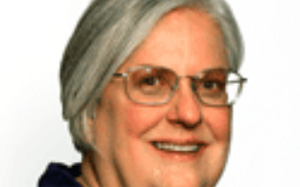 By Cheryl Sullenger
Wichita, KS – A Wichita doctor, Leslie E. F. Page, D.O., who was once disciplined by the Kansas Board of Healing Arts for “professional incompetency,” has secretly signed on to work as an abortionist at South Wind Women’s Center, which is now located in the building that once housed George Tiller’s infamous late-term abortion business. As of this writing, the 24-hour Informed Consent Form available on South Wind’s website, which is required by law to list abortionists by name, fails to include to Page.
However, documents obtained by Operation Rescue show that a form handed out in person at South Wind does indeed list Page as an abortion provider at that facility.
“For women signing the on-line forms, the omission of Page creates an informed consent issue,” said Troy Newman, President of Operation Rescue. “It seems that clinic owner Julie Burkhart will go to any lengths to keep anyone from knowing that Page is one of her abortionists — including misrepresenting her staff on forms where full disclosure is required.”
It’s little wonder that Burkhart doesn’t want the public to know about Page.
The Board of Healing Arts issued an Enforcement Order in August 1996, restricting the medical practice of Page and forbidding her from practicing obstetrics, including a prohibition on Page delivering live babies.
The Board alleged that Page had committed “a pattern or practice of other behavior which demonstrates a manifest incapacity or incompetence to practice medicine.”
Later, the board ended her restrictions only because Page promised not to practice obstetrics any time in the future.
“It appears that Page is tooincompetent to deliver live babies, but it’s apparently fine for her to deliver dead ones through abortions,” said Troy Newman, President of Operation Rescue. “This tragically places women in the risky position of being treated by someone the Board considered too incompetent to practice in a field closely related to abortions. This places women’s lives and health in danger.”
Page is only the most recent of a part-time staff of abortionists at South Wind whose competency levels are suspect. [Read more about the other South Wind abortionists.]
Also a reason to keep Page’s employment a secret is the fact that Page is the only one of Burkhart’s abortionists that currently holds hospital privileges. Page holds privileges at Via Christi Medical Center, a Catholic hospital in Wichita, and at Wesley Medical Center, where Tiller once worked.

All other abortionists at South Wind are from outside Kansas and cannot qualify for hospital privileges.
That fact is significant because a 2011 abortion clinic licensing law that has been languishing in a Shawnee County Court without any action whatsoever since August of 2012, was suddenly jump-started again when the Kansas Attorney General’s office suddenly filed a Motion for Summary Judgment on January 16, 2015. That law, which the State is currently enjoined from enforcing, requires abortionists to maintain hospital privileges within thirty miles of facilities where abortions occur, as well as comply with other licensing requirements. This case is Hodes v. Moser, Case number 2011-CV-001298.
No hearing date has yet been set, but another round of briefs were just filed on February 23, so the case is more active that it has been in almost three years.
“South Wind needed a warm body with hospital privileges in order to keep their doors open should that 2011 clinic licensing law be upheld. As sketchy as Page is as a so-called physician, South Wind could be forced to close without her,” said Newman. “A lot is riding on Page as far as the abortion clinic goes, so it is easy to see why Burkhart is fudging her paperwork to keep Page’s employment as an abortionist secret.”
Page also runs the Whole Woman Center in Wichita, a non-abortion office that handles women’s incontinence issues. A call to that office was answered by a voice mail message indicating that Page was currently “in and out of the office” while she received treatment following a recent automobile accident.
“Obviously, Page has some physical issues that are preventing her from practicing full time right now. While we hope she has a successful convalescence, we also hope that this time she is taking to heal will help her to reconsider her participation in the business of killing babies through abortions,” said Newman.
View Page’s prolife and documents at AbortionDocs.org