Wheels Of Justice Trapped In Gridlock in Tiller Legal Cases

Wichita, KS – Late-term abortionist George R. Tiller is spending a lot on lawyers these days, with cases in three different venues moving along at a glacial pace. These cases can be summarized in three words: delay, delay, delay.
Earlier this week, the Kansas Supreme Court finally ruled that subpoenas for evidence issued by a citizen-called grand jury in January can finally be honored, after four months of delays in an investigative process that is supposed to last just 90 days. With the clock ticking on the new July 8 deadline for the grand jury to complete its investigation, the Court placed a maze of complex hurdles on the process of redacting patient identifying information that could be used by Tiller’s high-priced legal team to terminally delay the production of evidence.
In another case, the Kansas State Board of Healing Arts notified Operation Rescue representatives last week that two complaints against Tiller and two of his hired abortionists are still pending. That may sound like good news until you realize that one complaint has languished on the desks of KSBHA bureaucrats since October, 2006, and the other for over seven months without any end in sight.
The complaints allege dangerous violations of the standard of care and illegal abortions on viable babies that Kansas enacted laws to protect. Even with the recent shakeup at the KSBHA, the clear and present danger to women and their pre-born babies, and the fact that Tiller has been charged with 19 criminal counts of violating the non-affiliated physician requirement for post-viability abortions – an issue raised in one of the complaints – delay continues to be the name of the game.

Speaking of the criminal complaint against Tiller, which was filed in June of last year by disgraced former Attorney General Paul Morrison, that case has suffered delays to the point of absurdity.
Once the criminal case landed in the courtroom of Judge Clark V. Owens, the progress of the prosecution came to a screeching halt. The trial date has been reset a number of times. Judge Owens heard Tiller’s motions to dismiss the charges based on his belief that the law under which he is charged in unconstitutional on November 2, 2007. (Tiller and his lawyers think most laws are unconstitutional these days, especially the ones Tiller likes to break.) At the same time, Owens heard arguments that Tiller should be allowed a jury of twelve, instead of the state mandated jury of six for misdemeanor cases. (Tiller and his lawyers also think abortionists should get special treatment that no other citizen would ever receive.)
Now, seven months and one more missed trial date later, Judge Owens has yet to rule on these two motions. Deputy Attorney Generals Veronica Dersch and Jerald Maag, now under the direction of pro-abortion Gov. Sebelius’ new lap dog Steve Six, have mentioned nary a word about the outrageous delay in bringing this case to trial. In fact, you would think that Tiller signed their paychecks, with the way this case is being managed, and that they were being paid by the hour, to boot!

It has been often said that justice delayed is justice denied. Every day these investigations and legal cases drag on is another day that women are placed at risk and innocent viable babies that should have legal protections under the law are illegally murdered. Yes, murdered. And the blood of those innocent babies and the women injured and killed by botched abortions that occur all too frequently at Tiller’s chop shop stains the hands of those who delay that justice. Because the state authorities from the governor down are complicit in what can only be described as a conspiracy to cover up criminal actions by Tiller, that blood stains the windy prairies of the entire state.
It is time for the delays, the pandering, and the political corruption that props up Tiller’s bloody business to come to an end. The grand jury must be given access to the evidence they require. The KSBHA must get off their “blessed assurances” and suspend Tiller’s medical license, and Judge Clark needs stop with his Rip Van Winkle impersonations and move the criminal case forward. The Attorney General’s office needs to stop playing politics and do its duty to prosecute. Justice must be done – and soon. Only then will the needless killing of innocent babies in the latest stages of pregnancy stop. 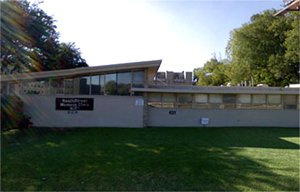