Aurora, IL — After pro-life efforts that kept the nation’s largest abortion mill from opening for two weeks, Aurora Mayor Tom Weisner issued a permit that allowed Planned Parenthood clinic to open on October 2.
“We’ve just begun to fight,” said Operation Rescue President Troy Newman. “We don’t give up on the lives of innocent babies that easily.”
With pro-life efforts keeping Planned Parenthood off guard, no abortions were done this week. However, abortions are scheduled for next week. Eric Scheidler, who is spearheading efforts to stop Planned Parenthood, is calling for a pro-life presence outside the “abortion fortress” every hour it is open during the week of October 8, while further legal avenues to closing the clinic are explored.
Planned Parenthood deceptively obtained permits to build their $7.5 million office under an assumed name in order to prevent opposition, lying on permits by claiming that they did not know what kind of business would occupy the premises.
Weisner based his decision to issue the permanent occupancy permit on three flawed reports.

Weisner’s decision to issue the permanent occupancy permit has been appealed by the Thomas More Society Pro-Life Law Center.
“It’s obvious that Planned Parenthood has brought its considerable muscle to bear on the mayor of Aurora, and that he has caved in to the abortionists over the wishes of the community and the voters who put him into office,” said Newman.
“If Planned Parenthood thinks this is a permanent defeat, they are sadly mistaken. We will continue to pursue every legal avenue until this lying abortion business is forced to close,” he said. 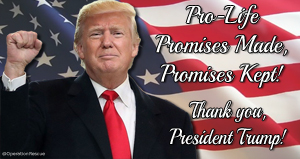