Wichita, KS – Operation Rescue releases the following statement regarding the 36th memorial of Roe v. Wade:
This momentous week marked three events that show how Americans suffer from a major disconnect regarding the value of human life.
On Monday millions celebrated the birth of Dr. Martin Luther King, Jr. who championed the cause of human equality. On Tuesday, the nation celebrated the inauguration of President Barack Obama with prayers that Americans will treat each other with the respect we deserve.
But tomorrow, Americans will mark the 36th memorial of the Roe v. Wade Supreme Court decision that decriminalized abortion in America. Some who celebrated the legacy of Dr. King and the presidency of Mr. Obama will even celebrate this moment.
Therein lays the disconnection with reality and the hypocrisy. While advocating for social justice on one hand, many – including much of the media – ignore the greatest injustice of our time.
Abortion devalued the lives of an entire class of human beings, and as a result nearly 50 million innocent boys and girls have been brutally killed by the most horrific means imaginable. Humans in the earliest and most vulnerable stages of life do not enjoy the equality that Dr. King advocated nor are they afforded the respect that Pastor Rick Warren referred to during the Inaugural Invocation.
Abortion has also degraded women, encouraging men use them as objects then leave them to deal with the consequences, because without protections for all, we are all left vulnerable.
Equality and respect for all is still a dream.
Nevertheless, the pro-life movement has made great strides in recent years in changing the hearts of Americans, especially among the youth, who are more pro-life than ever. The number of abortions are at their lowest point in three decades. Abortion clinics are closing at an astounding rate, and pro-life pregnancy help centers vastly outnumber abortions mills. Law enforcement agencies are finally beginning to arrest and prosecute abortionists who flout the law.
But more must be done.
Operation Rescue is dedicated to the goal of achieving legal protections for the pre-born. Until that can be accomplished, we will work to expose the failing abortion industry and save innocent lives. Our plan has succeeded in closing dozens of abortion mills and swaying public opinion. Working together can stop the killing regardless of who sits in the White House.
But first, Americans must reconnect with reality and shun the hypocrisy of empty rhetoric. Actions speak louder than words. If we truly value life, we will act now and not stop until all are protected. 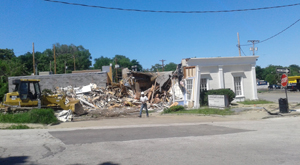