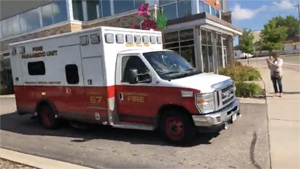 St. Paul, MN – Two women within three days were transported by ambulance from the Planned Parenthood abortion facility in St. Paul, Minnesota, according Brian Gibson, Executive Director of the Pro-Life Action Ministries, who reported the incidents on Facebook.

Radio dispatch recordings noted that both hospitalized women suffered from hemorrhaging, a common abortion complication that Planned Parenthood abortion facilities are not equipped to control.

The first emergency took place on August 14, 2019.  St. Paul Fire Engine 14 and Medic 5 were dispatched to Planned Parenthood on Vandalia Street at 9:59 a.m.

On the video that Gibson posted to Facebook, he remarks that the woman transported to the emergency room was one that had refused his offer of help before she entered Planned Parenthood.

This particular Planned Parenthood is the largest abortion facility in Minnesota and it conducts the most abortions.  Medical emergencies seem to occur there on a regular basis.

According to the Minnesota Department of Health, out of the 9,910 abortions that took place in that state in 2018, 6,292 – nearly two-thirds – were done at Planned Parenthood’s facilities in St. Paul and at their smaller clinic in Rochester, which only dispenses abortion-inducing drugs and does not conduct surgical abortions.

“This high-volume Planned Parenthood in St. Paul is a dangerous clinic for women and their babies,” said Operation Rescue President Troy Newman.  “We appreciate the work of Brian Gibson and the Pro-Life Action Ministries, whose tireless work has spared the lives of women and babies on the streets moments before abortion appointments were to have taken place.  These people are the last hope for pre-born babies scheduled to die, and the last hope for women to avoid medical catastrophes like those that struck twice in August.” 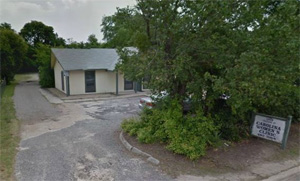