A recap of key races that could impact the future of the pro-life movement
This Tuesday’s election is a pivotal one. Never before has an election cycle been so narrowly focused on the life issues in so many races around the nation. On Wednesday morning, those who support the sanctity of life could awaken to huge victory that would place the nation on a solid path toward the abolition of abortion and the protection the pre-born.
Or, we could awaken to a defeat that will take years to overcome.
Many of these key races will come down to who turns up at the polls. In a very real sense, the fate of millions of innocent pre-born children, whose fate hangs in the balance of this election cycle, depends on YOU.
The Irish philosopher and statesman Edmund Burke once said, “The only thing necessary for the triumph of evil is for good men to do nothing.” That statement has perhaps never been more true than during this critically important election.
South Dakota Abortion Ban

Perhaps the most anxiously watched campaign is that of Referred Law 6 in South Dakota where the citizens of that state will vote whether or not to retain the state’s historic abortion ban — the first since Roe v. Wade — which was signed into law by Gov. Mike Rounds earlier this year. The VoteYesForLife.com campaign is one of the finest and most compelling that we have ever seen.
But there is a dead heat in the polls and it could go either way. Pro-aborts are dumping huge amounts of money into opposing the ban, and are importing activists from across the country and paying then to campaign against it. On the other hand, most of the money raised by the abortion ban supporters has come from South Dakota, and the pro-lifers helping there are almost all volunteers.
Why such a fuss over banning abortion in a state that has only one abortion mill? If this ban is successful, there are at least 17 other states that would likely move forward with passing their own abortion bans based on South Dakota’s example. However, a loss in South Dakota could make many of these states reconsider their efforts to protect the pre-born. Lives literally hang in the balance on this most critical vote.
For what you can do, visit VoteYesforLife.com.
Missouri Human Embryonic Experimentation

Another closely watched battle is that over Amendment 2 in Missouri that would ensure that all federally allowable human embryonic experimentation be allowed to continue in that state. It is primarily funded by the Jim and Virginia Stowers, founders of the Stowers Institute for Medical Research in Kansas City. They have dumped an unprecedented $26 million dollars into this campaign, making it, by a staggering amount, the most expensive campaign in Missouri history.
The deceptive ads promoting the amendment are astonishing. Because of the complexity of the science involved in stem cell research and cloning, many are being duped into thinking that destructive experimentation on live human beings at the earliest stages of development is the most promising for providing cures for dreaded diseases. In fact, only adult stem cells have ever shown any benefit.
If the Stowers win here, it is their stated goal to expand their human experimentation plants into other states. Already, there is evidence that massive Stowers contributions are showing up in the campaign coffers of Kansas politicians, where they hope to open a live-destructive embryo laboratory in the future.
For more on this, visit Missourians Against Human Cloning.
California Parental Notification
Californians will be considering Prop. 85 this November, a measure that would require parental notification before a minor girl could obtain an abortion. This would be a huge victory for pro-lifers in arguably the most pro-abortion state in the Union. This is the second go-around for this initiative, which was narrowly defeated by only six percentage points last November, in a state that boasts of being the “poster-boy” for unfettered abortion on demand for any reason at any time.
The polls indicate that this may be another photo finish, with the initiative leading by only one percentage point at this time. Encouragingly, the measure is showing surprising support among college students. A victory here would not only save lives, but would be a huge indication that support for child-killing has eroded dramatically, even in its strongholds, signaling to the nation that the days of abortion on demand are numbered.
To see how you can help, visit www.yeson85.net.
Kansas Attorney General Slugfest

It is rare that a State Attorney General race will capture national headlines, but that is exactly what has happened in this campaign slugfest that pits pro-life incumbent Phill Kline against pro-abortion challenger Paul Morrison.
Kline has been crucified by the liberally bent Kansas media for his investigation into abortion clinics run by George R. Tiller and Planned Parenthood for the concealment of child rape and illegal late-term abortions. His request for abortion clinic medical records has been vilified as an invasion of privacy, even though information that could identify the women has been redacted from the files.
His investigations into abortion clinics for not reporting child sexual abuse have sparked similar investigations in other states.
This week, Kline announced that the long-sought medical records have been received by his office and are in the process of being reviewed by criminal investigators and prosecutors.
In a prepared statement, Kline said, “If there was not a reason for this investigation to continue, it would cease. The investigation is continuing.”
Kline’s opponent, Morrison, is receiving thousands of dollars in campaign help through third parties that have been traced to abortionist George Tiller. The third party contributions are meant to hide the amount of money being poured into the election by Tiller and others. In exchange, Morrison has promised to drop all investigations into Tiller and his abortionist friends, even though a judge has ruled that there is “probable cause” to believe that the medical records will show that crimes have been committed by the abortionists.
This hard-fought race more resembles a death match between good and evil, than a political campaign. Abortionists are desperately attempting to buy the Attorney General’s office to avoid criminal prosecution. Polls show a close race. This one is a true nail-biter with much at stake.
For more information visit Kansans for Truth In Politics (K-TIP).
Control of Congress
The abortion cartel craves to be back in power and passing laws that would ensure that abortion on demand continues unabated in our nation. They are using this election cycle to target pro-life candidates with the hope of shifting the balance of power back into their court in the U.S. Congress.
NARAL is particularly targeting pro-life Sen. Jon Kyl of Arizona with a high-dollar television blitz. Others pro-life supporters on the pro-abort chopping block are Rick Santorum of Pennsylvania, and Sen. Jim Talent of Missouri, Sen. Mike DeWine of Ohio, and a plethora of pro-life Representatives.
While the Republican-controlled U.S. Congress has been a disappointment to pro-lifers, a Congress controlled by NARAL/NOW cronies is certainly no more desirable. We pray for God’s will to be done, and that the Congress will somehow step up and fulfill their duty to protect the most vulnerable among us.
Prayer and Action Needed
James 5:16 says, “The prayer of a righteous man is powerful and effective.” We urge you to join Operation Rescue in praying for the upcoming election.
But James also says, “As the body without the spirit is dead, so faith without deeds is dead.” (2:26)
We have highlighted a few critical campaigns, but other races of importance to pro-life supporters include everything from governor’s races to local school boards all across our nation. Please get informed and become involved in the important races in your areas. There are only a few days left, and your involvement could make a huge difference!
Then on November 7, put feet to your prayers, add deeds to your faith, and vote on November 7 as if lives depend on it. They do. 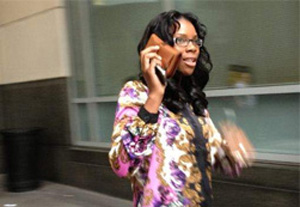