Washington, D.C. — Operation Rescue’s Troy Newman and Keith Mason were at the U.S. Supreme Court with pro-lifers from around the nation, including Fr. Frank Pavone, Rev. Pat Mahoney, and many others, for the oral arguments in the twin cases of Gonzales v. Carhart and Gonzales v. Planned Parenthood, the challenges to the Partial-Birth Abortion Ban of 2003. It was a cold, rainy day out at the steps with pro-aborts chanting and Christians preaching.
Meanwhile, those who were inside the hearing reported an interesting exchange between justices about how to refer to the baby in the womb. Is “it” a child or a fetus or some kind of half-and-half being? To be honest, we found that a little absurd. Location of the baby does not affect his or her humanity, and only some kind of metaphysically contorted argument would propose such a thing. Humanity is determined at the moment of conception when a new, unique person is created who bears the image of God. However, it seems that Scalia was trying to provoke some logical thought among his colleagues with his comments.
Fr. Pavone attended the hearing and has written the following insightful summary. You may read the transcripts of the historic Supreme Court hearing for yourself at the following links:
Gonzales v. Carhart
Gonzales v. Planned Parenthood
We ask for continued prayer for a life-affirming decision by the Court as they take the cases under advisement. A decision is expected in the spring.
-Operation Rescue Staff
Half-fetus, half-child
By Fr. Frank Pavone
National Director, Priests for Life
In one of his few remarks during the two hours of arguments in the Supreme Court today about partial-birth abortion, Justice Scalia responded to Justice Stevens’ assertion that we should say “fetus” rather than child.. Justice Scalia said, “half-fetus, half-child.”
The point was clear. This is not simply about abortion. This is a hijacking of the delivery process for the purpose of killing the child. This is infanticide. I don’t know why Justice Scalia was otherwise so quiet, and Justice Alito completely silent during the arguments, but I know one reason I would be. The barbarity of partial-birth abortion is so self-evidently wrong that it is beyond dispute, beyond discussion, that it should not be legal in our country – or anywhere else, for that matter. Silence in this matter speaks volumes.
In the course of the two hours of oral arguments, the Court considered three key reasons why abortion advocates want the Court to strike down the Federal ban on partial-birth abortion: a) the ban lacks a health exception; b) the ban is too broad, that is, by its wording it actually bans most if not all second and third trimester D&E (dismemberment) abortions rather than just partial-birth abortion, and c) the ban is vague, and because the language is not clear and specific enough, doctors won’t know if it really applies to them.
Having listened carefully to the oral arguments and having read all the briefs, I don’t think the abortion advocates made their case, and I don’t think a majority of the Justices think they did either.
One of the most important admissions made in the arguments by the pro-abortion side was that we really have no measurements about what kind of a health need is met by partial-birth abortion. Their key argument, after all, is that the procedure must be allowed for the sake of women’s health. They admitted that the Court could ban this procedure if its health advantages were minimal rather than significant, yet they could not establish, by statistical measurement, the assertion that the health advantages of partial-birth abortion are significant.
In regard to safety, one of the key questions from Chief Justice Roberts was that if, as the abortionists claim, partial-birth abortion is safer because it requires fewer insertions of instruments into the woman’s body, why would it not then also follow that the safest method is live birth altogether, with the killing of the child outside the womb? The pro-abortion side did not have an answer to that specific question, which proves the point that Congress and the Bush Administration make, namely, that this procedure must be banned so that society has a clear barrier against infanticide.
Isn’t it just amazing that in our highest court in this great nation, this debate occurred today about the legality of “dismemberment” and “pulling the arms and legs off” a child. In the end, it’s not a matter of which version of killing should be used. It’s a matter of stopping the killing altogether. 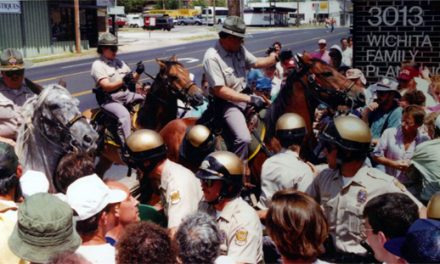