Englewood, NJ — Two more women have come forward and told of their life-threatening abortion injuries at Metropolitan Medical Associates since news broke last week of the clinic’s closure in response to a botched abortion on 20-year old Rasheedah Dinkins that left her comatose for four weeks and unable to bear any more children. Metropolitan is one of the largest abortion mills in New Jersey, and is affiliated with the National Abortion Federation.
One of the women, Gloria Mozas, 36, is suing Metropolitan for an abortion she had in 2003. Mozas alleges that abortionist Nicholas Kotopoulos misdiagnosed her condition of heterotopic pregnancy, in which one baby had implanted in the uterus and another in the fallopian tube. Pregnancies located in the fallopian tubes are life-threatening conditions.
Kotopoulos told Mozas that she was not pregnant, but required a D&C to remove “dead tissue” from a failed pregnancy. During a follow-up visit, Mozas sneaked a look at her medical records and learned that the D&C, which she endured without anesthesia, had killed her live baby.
Mozas’ tubal pregnancy later ruptured and she was transported to a local hospital for emergency surgery.
“What happened to me lasted 10 days and I could have died every single day,” Mozas told reporters. She had very much wanted her pregnancy and did not realize until later that Metropolitan was an abortion mill. Mozas now suffers from post-traumatic stress disorder.
“A zoo is better than this place,” she said. “I’m asking the state, I’m asking the governor, I’m asking whoever it takes, to never open these doors again.”
A second woman, Christina Ruvolo, 23, tearfully told a New Jersey newspaper that she had an abortion at Metropolitan in May and suffered from an incomplete abortion.
“They didn’t finish it,” Ruvolo told a reporter. “There was a part of the baby inside.”
Ruvolo said she tried to talk with one of the doctors about her complications, but no one would listen to her. She was later taken to a local hospital where the rest of her baby was removed.
“I didn’t know that I could take legal action against them. I feel so guilty. If I knew I could have sued, maybe this wouldn’t have happened to [Dinkins],” Ruvolo said. Dinkins has filed a malpractice suit against the abortion mill and two abortionists, Keith Gresham and Nicholas Kotopoulos.
Ruvolo has since tried to obtain her medical records, but was told that the clinic is closed.
“Ms. Mozas and Ms. Ruvolo have been shockingly abused by Metropolitan. Unfortunately, this kind of treatment is more common throughout the abortion cartel than is reported. Women need to know when they walk into an abortion clinic in America, they risk their health and their lives,” said Operation Rescue spokesperson Cheryl Sullenger.
“The abortion cartel is a predatory business that profits from human tragedy and leaves the women to pick up the pieces. For example, while Metropolitan was supposedly closed, it was open enough to be answering phones and referring abortion business to their sister clinic — operated by the same people that seriously hurt these three women — but not open enough to give women access to their medical records,” said Sullenger.
“It is obvious that this abortion chop-shop has a lot they are trying to hide and much to answer for,” Sullenger said. “Metropolitan should never be allowed to reopen.”
The public is urged to contact the New Jersey Department of Health, Division of Health Care Quality and Oversight: NEW EMAIL!! Click here to e-mail.
Watch a news video about the Dinkins tragedy. 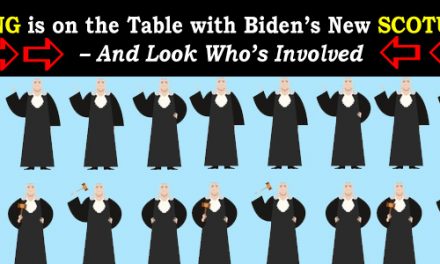