Rockford, IL – The Northern Illinois Women’s Center in Rockford, Illinois, has announced that it will permanently close due to a “lack of support from the community.”
The clinic was closed by the state in October, 2011, after inspections found gross violations including the fact that neither of the two abortionists had required hospital privileges. The clinic had no registered nurse present during invasive procedures as required, nor was a registered nurse to supervise the nursing care of patients. The clinic also lacked an agreement with a licensed laboratory to conduct tests not done at the clinic. Inspectors found that all three of the abortion rooms “failed to ensure a sanitary environment.” Surgical instruments were not sanitized, and “brown substances” were found on surgical equipment and gloves.
NIWC was cleared to reopen on January 4, 2012 after it had apparently corrected the violations. The state gave the clinic the two options. If the clinic decided to reopen, it would have to pay a fine of $9,750 with the contingency that if any further violations were found. Otherwise, the clinic would have to close and pay a fine of $1,000. NIWC chose the latter option.
NIWC issued a statement to the Rockford Register Star announcing the permanent closure in a press statement. The clinic had operated for nearly 40 years.
“Together the pro-life movement celebrates this victory for life. This abortion mill operated outside the law under filthy conditions that made it a danger to the public. In addition, the clinic owner and staff routinely persecuted the faithful pro-life activists who offered help and practical support to pregnant women. We are thankful that this ‘house of horrors’ will never reopen and are encouraged to watch the number of abortion clinics continue to fall,” said Operation Rescue President Troy Newman. 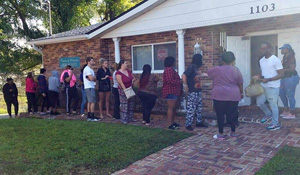