‘Telemed’ Abortions Under Investigation In Iowa Des Moines, IA – Operation Rescue has been notified in writing that the Iowa Medical Board is now investigating the “care and treatment” practices of abortionist Susan Haskell and Planned Parenthood of the Heartland. The investigation is in response to complaints filed by Operation Rescue Senior Policy Advisor Cheryl Sullenger concerning “Telemed” abortions.
“Telemed” is short for telemedicine, a practice when the patient consults with a physician over the Internet via Skype or other teleconferencing hook-up.
Operation Rescue investigators found that a dozen small Planned Parenthood offices in Iowa were administering the dangerous abortion drug, RU 486, without the patient ever having been personally examined by a physician. Instead, an abortionist briefly addresses abortion patients from a teleconferencing hook up from her office in Des Moines. After explaining the medical abortion process, a button is pushed and an electronic drawer opens that contains the drugs.
“We believe that this practice is illegal and violates Iowa law that requires that a licensed physician perform abortions in that state, and increases the serious dangers to the public,” said Operation Rescue President Troy Newman.
It was also discovered that Planned Parenthood deviates from the FDA protocols in both dosage and number of recommended office visits. The abortion patient never has personal access to a licensed physician, even for follow-up. Insurance companies are charged $1,000 for the procedure, twice the cost of cash patients and over 2½ times the national average cost for such abortions, a practice that will drive up insurance costs for everyone.
The abortion pill has a failure rate of 7-20% depending on how it is administered, but with no licensed physician in sight, women are left in a condition that is considered life-threatening. At least 13 women have died from medical abortions and over 1,100 have suffered serious complications.
“Planned Parenthood has come up with a dangerous scheme to peddle abortion pills to women without the cost of transporting a licensed physician to each clinic. Without enough abortionists to staff all of their clinics, this ‘telemed’ scheme is the goose that laid the golden egg for them. Never mind that it is a serious danger to women and to the economics of this country, especially if it expands nationally,” said Newman.
“We pray that the Iowa Board of Medicine will bring this outrageous abortion abuse to an end.”
Read OR’s Full Special Report: ‘Telemed Abortions’ Endanger Women and Drive Up Insurance Costs 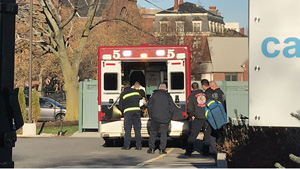