Washington, DC – Today, the U.S. Supreme Court took a dangerous step backwards by striking down provisions of a Texas abortion law that provided that abortion providers maintain hospital privileges and meet ambulatory surgical center standards. The decision was 5-3 in Whole Women’s Health v. Hellerstedt, which challenged HB2, a sweeping Texas abortion licensing and safety law.
“Today’s Supreme Court ruling has essentially relegated women to second-class citizens when it comes to abortion by allowing abortionists to evade meeting basic safety standards that are proven to save lives,” said Troy Newman, President of Operation Rescue. “We must remember why these safety rules were enacted. When abortion facilities are exempt from meeting safety standards, conditions and practices deteriorate and women are placed in jeopardy. We saw that truth played out during the murder trial of Pennsylvania abortionist Kermit Gosnell, who killed Karnamaya Mongar and Semika Shaw during sloppy abortions at a squalid ‘House of Horrors.'”
Texas has similar health and safety issues. During a 2011 investigation into Texas abortion abuses, Operation Rescue documented poor facility conditions, the illegal disposal of recognizable aborted baby remains, and violations to the Texas 24-hour waiting period and informed consent laws at Whole Women’s Health, the abortion chain challenged the law.
Based on Operation Rescue’s regulatory complaints, Whole Women’s Health was heavily fined for the illegal dumping of aborted baby remains, and two of its abortionists were disciplined for violations uncovered during Operation Rescue’s investigation, as cited by an amici curiae brief, filed by the Liberty Counsel on behalf of Operation Rescue.
Two years later, Operation Rescue reported first-hand on the horrors exposed at the murder trial of Pennsylvania abortionist Kermit Gosnell followed by a report on allegations made by clinic workers of babies who were similarly murdered at a Houston abortion facility that prompted the special legislative sessions that led to the passage of HB2.
Data recently gathered by Operation Rescue during a meticulous survey of every abortion facility in the country, verified that the average wait time for an abortion in Texas was 23% shorter than the national average wait even though half of the state’s abortion clinics have shut down.
Those results prove that The Texas law has not forced women into long waits for abortions — contrary to baseless claims made by the Abortion Cartel.
“We will not stop our fight to save innocent babies and protect women from an abortion industry that makes a living exploiting women by cutting corners on their lives and health,” said Newman.
Read the decision. 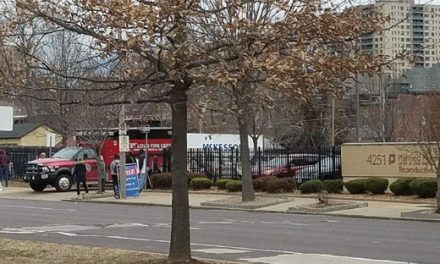