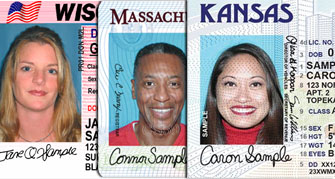 The Bixby Center for Global Reproductive Health is known for its population control agenda that is being advanced by programs that train thousands of new abortionists.

One of those programs is an online video training program called “Innovating Education in Reproductive Health.”

This online program has produced several tutorial video series on such topics as the following:

Each series features several videos that teach or explain various aspects of surgical and chemical abortions and long-acting birth control.  However, these videos act as more than tutorials.  They are actually promotional videos for abortion and leftist, socialist political activism.

This is evidenced in one series titled “Structures & Self: Advancing Equity and Justice in Sexual and Reproductive Healthcare.”  It discusses “disparities in sexual and reproductive health,” and “how the history of oppression, contributes to current health inequities.”

The series attempts to turn those who work in the abortion and health care industry into leftist, anti-American political and social activists with the stated goal of creating so-called “reproductive health equity.”

But is that really the goal? Perhaps not entirely.

One video called “Recognize Structures of Oppression” notes that U.S. policies have “historically been used to give certain groups power while oppressing other groups” – a classic example of projecting one’s own intents upon the actions of others.

Structures & Self: Recognize Structures of Oppression from Innovating Education on Vimeo.

“Healthcare” is, in reality, only a small part of why this program is advocating for radical change in America.  It is obvious from the content of these videos that there is an intent to fundamentally dismantle nearly every aspect of traditional American culture and politics in favor of one that embraces abortion, socialism, open borders, and deviant sexual practices that undermine the traditional family.

Those who oppose such change are classified by the video instructor as “agents of oppression,” including “racism, white supremacy, sexism, patriarchy, classism, capitalism, heterosexism, homophobia and transphobia, ableism, xenophobia, and imperialism.”

These classifications attempt to bully Americans, especially those who embrace Christianity and the notion of a Constitutional Republic, to capitulate and accept the globalist socialists’ anti-American ideals out of fear of being branded as hateful people.

“It doesn’t get more left-wing than the Bixby Center,” said Troy Newman, President of Operation Rescue.  “These people are aggressively pushing to vilify and dismantle the traditional family, law enforcement, immigration enforcement, capitalism, and fiscal responsibility – all while killing unborn babies through abortion.  Pretty much everything that makes America great are things these people want vilified and expunged.”

But one thing attacked by Bixby’s “Structures and Self” series is something most people might find surprising.  What is so evil to these people that it is disparaged as a “structure of oppression?”

It is the common driver’s license.

The video claims that the address listed on a driver’s license could result in denial of health insurance, or intimidate illegal immigrants and homeless away from seeking health care. The race identification may cause a racist or xenophobic doctor to deny medical care.  The sex identification might disadvantage “non-gender conforming people.”  Height and weight descriptions might lead to stigma and “fat-phobia.”

Denigrating the driver’s license in this way has little to do with access to legitimate health care and more to do with politics and abortion. In particular, this is the Bixby Center’s way of supporting leftist opposition to Voter I.D. laws.

These laws, which have been enacted in 19 states, prevent voter fraud and protect the integrity of our elections. Voter I.D. requirements prevent those in the country illegally, those who are not citizens, and those who are not properly registered, from casting votes.

Perhaps it is not surprising that fifteen states, including the liberal bastions of California and New York, have no voter identification requirements at all.

Elections have consequences, and the Bixby Center knows this better than most.  During the Obama Administration and even before that, those who promoted abortion were funded by tax-payers, insulated by a pro-abortion Congress, and protected by a U.S. Supreme Court dominated by left-leaning justices.

Pro-life forces had power only in a few conservative states that were controlled by pro-life Republicans.  Those states passed strong pro-life measures that have effectively reduced the number of abortions.

However, abortion supporters knew the left-leaning federal judiciary could be counted on to strike down many pro-life laws and mitigate the pro-life influence in the states.

Since the election of pro-life President Donald Trump, all this has changed. At least partial funding to Planned Parenthood and global networks that promote abortion world-wide has been eliminated, and an administrative culture is being established that respects and protects life from conception until natural death.

Trump has transformed the federal judiciary, appointing over 190 Federal Court judges and two conservative Supreme Court justices.  After the upcoming election in November, it is possible that solid pro-life Republicans could control both the House and the Senate, the White House, and the now right-of-center Supreme Court.  Those are conditions that could mean an end to abortion, and that would spell disaster for organizations like Planned Parenthood and the Bixby Center.

Without voter I.D. laws, it would be easier for Democrat vote tallies to be bolstered by ballots cast by non-citizens and others who do not meet voter registration requirements.  This would ensure victory for Democrats who can be expected to act swiftly and aggressively to protect and promote abortion.

So, in the end, attacking the driver’s license as a “structure of oppression” is a necessary tactic to those pro-abortion forces that want to reclaim power and force Americans to fully fund free abortions under a program of forced socialized medicine and other oppressive socialistic policies.

In fact, the driver’s license, along with Voter I.D. laws, may be all that is standing between Americans and the true oppression of a socialist left.

To be sure, the driver’s license isn’t the only thing attacked by the Bixby Center video series. It vilifies things most people take for granted: evictions of those who do not pay their rent, enforcement of immigration laws, support for police officers and law and order.  In fact, it attacks police as representatives of “interpersonal and structural racism.”

“We must familiarize ourselves with the tactics of the left and oppose them.  We must become politically knowledgeable pro-life activists and conscientious pro-life voters that are capable of countering the intimidation and corruption of the left.  We must win the White House, both Houses of Congress, and as many state and local elections as possible in November,” said Newman.  “If we fail, the end of abortion will be placed outside our grasp, our freedoms will erode under the intimidation of the ‘politically correct,’ and the America we love will die under the oppression of socialism, which is supported by every Democrat candidate for President.  That is not an overstatement of just how much is at stake.”

Learn more about the Bixby Center for Global Reproductive Health and its abortion training programs.