Conservative leaders are calling on Congress to refuse to raise the debt ceiling until Planned Parenthood is defunded. Washington, DC – With last week’s revelation that over a half billion dollars in tax dollars is being funneled from Federal tax coffers to Planned Parenthood last year, Pro-Life Nation, Operation Rescue, and other pro-life leaders call upon Congress to refuse to raise the nation debt ceiling until Planned Parenthood is defunded.
Planned Parenthood is the largest abortion provider in the world and received $542 million in taxpayer money last year alone. Their latest annual reports indicate that abortions done by Planned Parenthood have reached an all-time high while “well-woman” services, such as cancer screenings and contraceptive services, dramatically dropped.
“While the amount of legitimate medical services at Planned Parenthood was being slashed, Federal tax dollars – along with the number of abortions – substantially increased. In order to keep paying Planned Parenthood, the U.S. must borrow more money from China, the world’s largest human rights abuser where forced abortions and sterilizations continue unabated. This is intolerable,” said Troy Newman, President of Pro-Life Nation and Operation Rescue.
“Congress’ irresponsible ‘tax and spend’ policies have mutated into ‘borrow and kill.’ This insanity has to stop. The debt ceiling crisis will come to a head in the next few weeks. Now is the time to draw the line in the sand and demand that America stop borrowing money from human rights abusers so we can give it to the butchers at Planned Parenthood.”
Operation Rescue and other conservative and pro-life leaders are in talks with House members to force a show-down over Planned Parenthood funding. Additionally, Operation Rescue plans to make hundreds of thousands of informative robo-calls to key Congressional house districts. A civil disobedience campaign is also in the works.
“Recent polling shows Congress’ popularity is less than root canals and cockroaches. It appears that the low favorability rating is due to Congress’ spending addiction. Taxpayers are tired of footing the bill for Congressional irresponsibility that includes dumping billions down the rat hole of a failing abortion industry. By continuing to borrow money to fund Planned Parenthood, Congress has created a recipe for civil unrest. This irresponsibility has to stop, for the good of the nation,” said Newman. 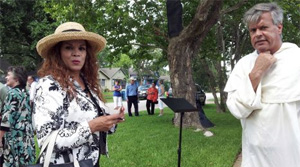