Wichita, KS — When two black teenagers were murdered in 1964, the perpetrators of the crimes were charged with murder after an informant testified before a grand jury. At the time, the FBI had their hands full with another high profile case and referred prosecution to the local authorities, who quietly dropped the charges against the two white men in the racially charged case.
Now, 42 years later, the case has been reopened by the federal government, and murder charges were once again filed on January 25 of this year. The break in the case came when a photo-journalist aided one of the victim’s brothers in conducting their own investigation and confronting one of the suspects on July 9. That confrontation led to the suspect’s cooperation with the authorities, and new charges being filed.
But justice had to wait 42 years.
Meanwhile, in Kansas, charges of illegal late-term abortion were filed against George R. Tiller in December after a three-year investigation by former Attroney General Phill Kline. The charges were dropped by pro-abortion District Attorney Nola Foulston, who is suspected of protecting her personal friend. Attorney General Paul Morrison, also an abortion supporter, is stonewalling on the case and delaying any decision to prosecute.
“Once the public attention dies down, we have no doubt that this case, like the Mississippi murder case, will be quietly buried,” said Operation Rescue President Troy Newman. “Just as racial motivations caused the miscarriage of justice in the South, so are abortion politics and prejudices involved in delaying justice in the Tiller case.”
But Newman and Operation Rescue are not about to let it go at that.
Having conducted their own investigation, Operation Rescue has discovered through a confidential source, who spoke to OR on the condition of anonymity, that one of the names listed on the criminal complaint’s witness list, Dr. Ann Kristen Neuhaus, was an insider at Tiller’s mill. Her name on that list is an indication that she has since decided to cooperate with the authorities.
“Neuhaus signed off on Tiller’s late abortions and knows more about Tiller’s post-viability abortion business than anyone else, according to our informant,” said Newman.
Neuhaus’ sealed statement was presented to a judge in support of the complaint alleging a stunning 30 criminal counts related to illegal late-term abortions. While what Neuhaus said in her statement remains closed to the public, there is no doubt that her testimony in support of the complaint was a catalyst to charges being filed against Tiller.
Last week, District Attorney Foulston washed her hands of the case and deferred the matter to the discretion of the Attorney General Paul Morrison, whose campaign for office benefited from hundreds of thousands of dollars in “hit piece” mailings against Morrison’s pro-life opponent that have been traced back to George Tiller.
“Kansas authorities, by refusing to enforce Kansas law, have created a crisis here. Viable babies who should have the protection of law continue to be illegally killed — many such abortions are scheduled for this week — and those who should be protecting these innocent children are looking the other way,” Newman said. “God willing, we are not going to wait 42 years for justice, as those in Mississippi were forced to do. We are going to ask for a Federal investigation next week, and we continue to explore other legal options. We will not allow the illegal killing of these innocent babies to be ignored and swept under the rug.”
Those who have concerns about the dismissal of the compelling case against abortionist George Tiller may wish to express their opinions to Attorney General Paul Morrison.
Kansas Attorney General Paul Morrison
120 SW 10th Avenue, 2nd Floor
Topeka, KS 66612-1597
Voice: (785) 296-2215
Fax: (785) 296-6296
E-Mail: general@ksag.org 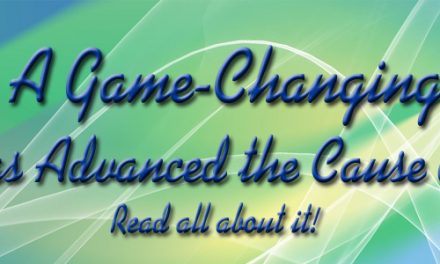 2015: A Game-Changing Year that has Advanced the Cause of Life