Hollywood, CA — Actress Blythe Danner and her daughter, actress Gwyneth Paltrow, have disappointed fans by issuing a letter supporting Planned Parenthood, the world’s largest abortion supplier, and denouncing the “growing movement” to end abortion as “disturbing.”
“I think fans like to look at Blythe Danner and Gwyneth Paltrow as an example of loving family members. It is disappointing to see how Grandma and Mom could so radically support the brutal killing of innocent babies who would be just as loving and adorable as Paltrow’s children, Apple and new baby Moses, if they were given the same opportunity to live,” said Operation Rescue spokesperson Cheryl Sullenger.
“It is particularly insensitive and insulting that they have chosen Mother’s Day to make a statement in support of abortion under the guise of ‘protecting women’ when there is ample evidence that abortion has physical, emotional, and psychological consequences that have adversely affected the lives of tens of thousands of women who would now give anything to undo their abortions,” said Sullenger. “These regrets are particularly pronounced around Mother’s Day. Their comments only add salt to the wounds of hurting women everywhere.”
“If Danner and Paltrow were really interested in protecting women, they would use their influence to stop the tragedy of abortion, not continue it,” Sullenger said.
Click here to view E-Mail Message 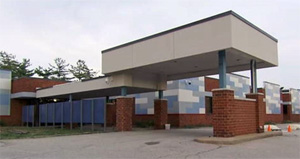