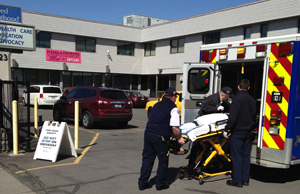 By Cheryl Sullenger
Spokane, WA – New 911 recordings obtained by Operation Rescue show that a Planned Parenthood patient in Spokane who was transported to the hospital on April 15, 2015, was hemorrhaging.
“This is Angie from Planned Parenthood. We need an ambulance for a patient we can’t get to stop bleeding,” a Planned Parenthood caller told a 911 dispatcher.
The Planned Parenthood worker was transferred to a Fire Department dispatcher who asked her what happened. The rest of the recording was redacted.
“Planned Parenthood in Spokane had no ability to treat this patient who suffered a common abortion complication. Many women are not aware that free-standing abortion facilities cannot help them in the event of a medical emergency and that there will be delays in receiving emergency care,” said Operation Rescue President Troy Newman.
Pro-life activists with Sidewalk Advocates for Life of Spokane shot video footage as an ambulance loaded a patient at the Indiana Health Center of Planned Parenthood abortion facility in Spokane, Washington, then sped away to a local hospital with lights flashing and sirens blaring.

As previously reported by Operation Rescue, the video clearly showed a woman carrying what appeared to be a red plastic biohazard bag who rode with the ambulance to the hospital. Aborted baby remains are often placed in such bags, but there was no way to determine from the video exactly what was in the red bag.
The abortionist responsible is currently unknown, but Sidewalk Advocates for Life of Spokane told Operation Rescue that it was the first time he had been seen at that Planned Parenthood abortion facility.
“Yet another medical emergency at a Planned Parenthood facility has endangered the life of a woman who likely thought she was going to receive quality medical care. Abortionists prey on women like this who have no idea that they could end up in the hospital or even in the morgue,” said Newman. “For all their rhetoric about caring for women, Planned Parenthood actually hurts women, as the many 911 recordings such as this one, which we have collected over the years, clearly demonstrate. After injuring this woman, Planned Parenthood in Spokane is too dangerous to operate and should be shut down immediately.” 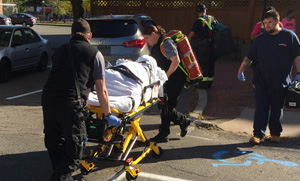 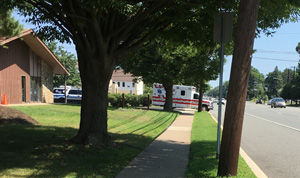