We echo the statement below from Paula Westwood of Greater Cincinnati Right to Life. It is unconscionable for Judge Metz to allow Haskell’s abortion mill to remain open, fully knowing that it is operating in violation of the law and is posing a danger to women. This is not over yet, and eventually we expect common sense to prevail and this dangerous abortion business will be forced to close. – OR Staff
July 10, 2014 (Cincinnati, OH): Hamilton County Court of Common Pleas Judge Jerry Metz has extended a stay of execution permitting late-term abortionist Martin Haskell’s Women’s Med Center (aka Lebanon Road Surgery Center) in Sharonville, Ohio to remain open.
The stay is extended while Judge Metz reviews a Magistrate’s decision upholding the Ohio Department of Health’s order to close for failing to meet lawful health and safety standards for patients.
After the ODH order in January, the Women’s Med Center remained open under a stay of execution granted by Judge Metz – the judge to whom the case was originally assigned. Now that Judge Metz has extended the stay, the Women’s Med Center still remains open to operate outside the law without meeting medical safety standards required of all ambulatory surgical facilities in the state.
June 30th, Magistrate Michael Bachman upheld the ODH’s order that Martin Haskell’s Women’s Med Center abortion business in Sharonville be denied a license and closed for operating outside the law.
Magistrate Bachman’s decision, formally docketed today, July 10, 2014, states: “The Stay granted in this matter granted on January 31, 2014 shall end at the close of business (4 p.m.) on the day this Magistrate’s Decision is docketed.”
Judge Metz is responsible for the final action to accept, deny, or modify the Magistrate’s decision. Attorneys for the abortion business have 14 days to file objections to the Magistrate’s decision for Judge Metz to review.
“The protection granted this abortion provider to keep operating outside the law at the risk of women’s health and safety is astounding,” said Paula Westwood, Executive Director, Right to Life of Greater Cincinnati.
“Must a patient tragedy occur before justice is upheld?” 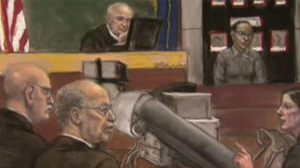