Wichita, KS – The Executive Director of the Kansas State Board of Healing Arts, Larry Buening, resigned today amid increasing calls for his ouster. Buening tendered his resignation, effective July 1, at a special meeting of the Board that was called to address concerns of ineptitude in handling high profile cases. The Board has been rated as one of the worst in the nation for handling patient complaints.
KSBHA foot-dragging first came to light when Operation Rescue accused the Board of covering up for criminal conduct by late-term abortionist George Tiller in the third-trimester abortion death of Christin Gilbert.
Buening was questioned extensively by a joint legislative committee last fall for failing to enforce the Board’s own guidelines when it came to Tiller. He came under further scrutiny when it became public that the Board refused to act for four years to discipline the owner of a “pill mill” in Wichita, which was accused of misprescribing medication that resulted in over 50 deaths.
“As the people of Kansas become more aware of corrupt abortion politics, heads are beginning to roll. First, we had the resignation of former Attorney General Paul Morrison, who was exposed for attempting to use an illicit sexual relationship to illegally influence criminal cases against Tiller and Planned Parenthood. Now we have Buening’s resignation, who, more than anyone, has covered up for Tiller indiscretions over the years,” said Operation Rescue President Troy Newman.
“We believe this that this trail of corruption winds its way though the current Attorney General’s office, the Kansas Supreme Court, and ends at the governor’s office. As more of the corruption is exposed, we expect more resignations in the future,” said Newman.
There are currently two open complaints against Tiller on file with the KSBHA. One complaint filed in October, 2006, involved illegal late-term abortions and violations of the unaffiliated second physician requirement for post-viability abortions. Tiller has since been criminally charged with 19 counts of that same charge, but the Board, while saying their case is progressing, has yet to act. The second complaint involves a coerced, illegal late-term abortion. That complaint has yet to leave the “investigation” stage.
“We call on Buening’s replacement to be appointed by the Legislature rather than by the Gov. Sebelius, who is a radical abortion supporter, or we risk getting someone even worse,” said Newman. 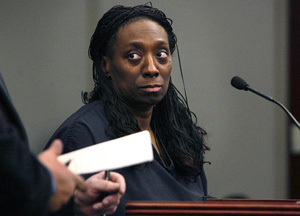 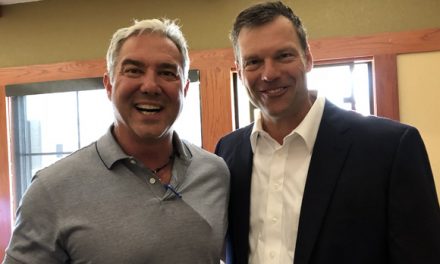