Austin, TX — In a brazen attempt to make it appear that meeting Ambulatory Surgical Center standards is prohibitively expensive, an architect testifying on behalf of abortion providers has grossly misrepresented the cost of complying with the facility provisions of HB2, according to a state witness.
As reported in the American Statesman, Architect George Johannes testified on behalf of the abortion businesses suing to block the Texas safety law. He stated that a facility with 6,650 square feet would be required in order to house one surgical room under the new standards at a cost of $365 per square foot.
Not so, according to Deborah Kitz with Broshar Consulting in Pennsylvania, who testified for the state that a facility with 3,000 square feet was sufficient to meet the requirements at a lower cost of $302 per square foot.
Johannes’ cost estimate would total around $3 million in costs while Kitz’ figures indicate that a complaint facility should cost only around $900,000.
“It is not surprising that the abortionists would over-inflate the costs of meeting the new standards because they want people to believe that compliance would pose a larger financial burden on them than it really would. It’s like saying you can’t afford to buy any car because you don’t have money for a Ferrari,” said Troy Newman, President of Operation Rescue. “If the abortionists are going to lie about that, none of their other arguments can be trusted. This is about keeping abortion a substandard, back-alley business that supplies optimum profits for abortionists at the expense of women’s lives.”
Johannes also told the court that abortion facilities would require at least two abortion rooms in order to make up for the costs of remodeling their existing substandard offices or constructing new buildings.

“This argument is specious since most existing abortion facilities already have at least two abortion rooms,” said Newman. “This is just a specious attempt to once again misrepresent the cost of compliance with the hopes that a judge will allow them to continue their substandard practices that cut corners on women’s lives and health. The truth is, they are too cheap to give women the most basic of safety precautions – including a hallway wide enough for a gurney – because it would cut into their profit margins. An extra buck is more important to them than the lives of their patients.”
Narrow hallways that could not accommodate a gurney contributed to the death of abortion patient Karnamaya Mongar at Kermit Gosnell’s West Philadelphia “House of Horrors.” Gosnell’s facility housed two abortion rooms for disturbing reasons with racial overtones. An outdated and dirty room was used for poor urban women of color while a somewhat cleaner one was reserved for white women whose income was higher.
“Gosnell would have been put out of business long before he was caught if ASC standards similar to those in Texas had existed in Pennsylvania,” said Newman. “Women shouldn’t have to pay with their lives or health for the abortionists’ unwillingness to maintain basic medical standards, as did Karnamaya Mongar and other women.” Witnesses for the abortion providers also attempted to diminish the need for hospital privileges by saying that few complaints have been filed against abortionists in Texas, however, Operation Rescue has filed numerous complaints which have resulted in thousands of dollars of fines for both abortionists and abortion facilities.
In addition, Operation Rescue published a report in April based on previous hearing testimony that showed it is likely that nearly 1,000 women are hospitalized in Texas every year suffering from abortion complications.
“It’s just insane to argue that any business that sends 1,000 people to emergency rooms every year should not be required to meet basic safety standards,” said Newman. “The fact that abortionists are arguing for the right to continue endangering women is shocking and should send a strong message to women that abortionists don’t think they deserve better than third-world country conditions and practices.”
One abortion business suing to block the law is Whole Women’s Health, which had a documented history of substandard conditions and practices.
Closing arguments in this trial are expected next week. The Ambulatory Surgical Center standards in HB2 are set to take effect on September 1. A decision in the case is expected before then. 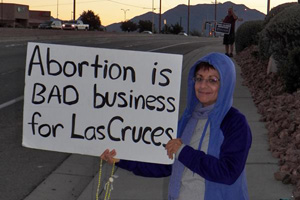 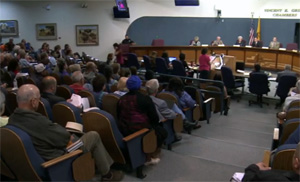