Revocation Again Recommended for Abortionist that “Cannot Be Rehabilitated”

By Cheryl Sullenger
Topeka, KS – Abortionist Ann Kristin Neuhaus appeared before the Kansas Board of Healing Arts today seeking to get her medical license back after a Shawnee County Judge set aside the Board’s 2012 license revocation order and told the Board to reassess her discipline, considering only the violation related to inadequate record keeping.
The case is based on a complaint originally filed by Operation Rescue in 2006.
Board Disciplinary Attorney Reece Hays argued that due to the fact that Neuhaus was before the Board for the third time without showing remorse for the wrongness of her actions, her license should be permanently revoked.
Hays noted that it is his belief, based on documented behavior dating back to 1991, that if she were to get her license back, and was faced with another situation where she believed she knew better, that she would again disregard the Board’s regulations, as she has done so many times before.
At the heart of this case are the abortion records belonging to 11 women and girls ages 10-18 who obtained abortions at George Tiller’s notorious late-term abortion facility in Wichita, Kansas in 2003. At that time, Neuhaus was providing to Tiller the second opinion required under Kansas law before abortions 22 weeks or later could be legally done. Two abortionists had to agree that each late-term abortion posed “substantial and irreversible impairment of a major bodily function” of a pregnant woman.
In each case, Neuhaus used a computer training program, PsychManager Lite, to calculate mental health diagnoses to justify the otherwise illegal abortions.
Administrative Judge Edward J. Gashler heard testimony in the disciplinary case against Neuhaus and agreed that she had provided inadequate mental health examinations and negligently kept insufficient medical records that contained little to no substantiation to back up her phony mental health diagnoses.
In 2012, the Board voted to revoke Neuhaus’ medical license citing negligence and unprofessional conduct.
However, earlier this year, a county judge disagreed that Neuhaus’ provided negligent mental health diagnoses but upheld the charge of poor record keeping.
Hays, argued that due to Neuhaus’ lack of respect for the Board’s authority and her repeated discipline for intentionally shoddy record-keeping, “her character is one that cannot be rehabilitated.” He once again recommended that the Board move to permanently revoke her license.
Neuhaus’ attorney, Bob Eye, argued that other physicians who have been disciplined for faulty records only received light discipline and offered to accept a probationary term for his client.
Eye informed the Board that Neuhaus has no intention of returning to the practice of abortion.
Three times, Neuhaus interrupted proceedings and asked to be heard. Finally, she was placed under oath and allowed to make a statement and stand for questions from Board members.
However, twice, she launched into rants, which wre halted upon objections by Hays. Neuhaus told the Board that her records were shown on the O’Reilly Factor cable news program, a statement that was blatantly false.
One Board member noted that he didn’t want flexibility they provided her to overtake the proceedings. She offered no more input to the Board after that.
Also at issue was an order for Neuhaus to pay the costs of her prosecution, which totaled approximately $93,000. The Board ordered Hays to recalculate the costs, taking into account only the record keeping violations.
The case was taken under advisement. A decision is not expected until sometime next year.
“Since Neuhaus currently cannot practice and the public is protected from her shoddy behaviors, we are fine with the delay,” said Newman. “I agree with the disciplinary panel that if she were ever to practice again, she would surely continue to violate the laws. In the end, I can see no circumstances under which the Board of Healing Arts will allow her to ever practice medicine again, but we will have to wait for a final determination. ”
View Brief Filed by KSBHA Requesting License Revocation
View Brief Filed by Neuhaus’ Attorney Requesting License Reinstatement 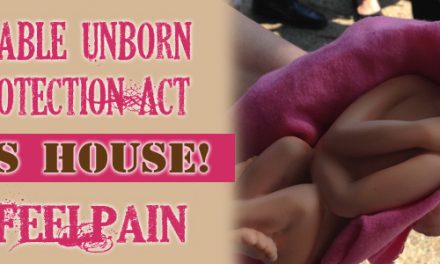 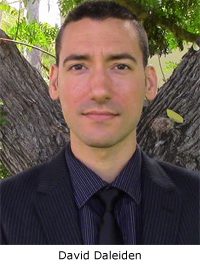