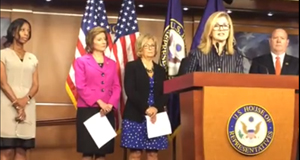 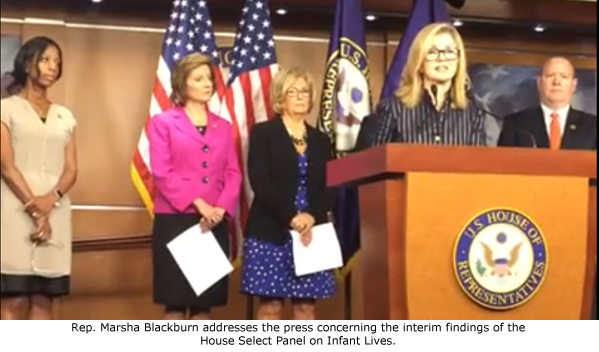 By Cheryl Sullenger
Washington, D.C. – One year to the day after the first undercover video was released by the Center for Medical Progress exposing Planned Parenthood’s involvement in the aborted baby body parts trade, the Select Panel on Infant Lives issued an Interim Report detailing their findings so far.
Led by Rep. Marsha Blackburn, several panel members outlined discoveries that support the claim that procurement companies profited from the sale of baby body parts.
“Documents show abortion clinics and middlemen who were exploiting women and selling baby body parts as part of a business plan to make more money,” Rep. Blackburn stated at today’s press conference.
Rep. Blackburn pointed out that the sale of aborted baby remains for financial gain is a 10-year felony offense.
Also expressed were concerns over stonewalling and non-compliance within the abortion industry to prevent the Panel from obtaining important financial information necessary to the investigation.
Rep. Blackburn also revealed, “The Minority privately attempted to obstruct the Panel’s fact-finding mission.”
“It is appalling, but not unexpected that the rabidly pro-abortion Democratic members of the Panel would try to sabotage the investigation. They are only advancing the exploitation of women and babies through their underhanded acts to protect a corrupt Abortion Cartel – which, incidentally, contributes substantial amounts to most of their political campaigns,” said Troy Newman, President of Operation Rescue, who also served as a founding board member for the Center for Medical Progress. “Those members who have been caught in obstructive acts should be removed from the Panel.”
Rep. Blackburn noted that abortion facilities and have profit motives that “could have a corrupting effect on the treatment of women facing an abortion decision.”
She expressed concern over the history of babies being born alive and the sale of aborted baby body parts at some late-term abortion facilities.
The Panel has uncovered evidence that some abortion providers have “altered abortion procedures in a manner that substitutes what is best for the patient with a financial benefit for both the abortion clinic and the procurement organization,” according to Rep. Blackburn.
Also discussed were deceptive patient consent forms that falsely informed women that fetal tissue research has found cures for diseases such as Alzheimer’s and Diabetes.
Members referred to documentation of violations of patient privacy by the abortion facilities and the procurement organizations that embedded employees at the clinics and allowed them to access patient medical records, a violation of HIPAA.
The Panel released a 94-page Interim Update detailing their findings so far and vowed to continue their fact-finding investigation until the end of the year when the Panel’s commission expires.
So far the Select Panel on Infant Lives has referred the University of New Mexico and Southwestern Women’s Options, a late-term abortion facility in Albuquerque, New Mexico, to the State Attorney General for further criminal investigation.
“Over the last year, Planned Parenthood has engaged in a concerted campaign to deceive the public about the contents of the CMP videos. Today, the Panel’s interim findings have only confirmed the validity of the CMP’s undercover exposés,” said Newman. “I urge the Panel to continue following the money. I believe when the financials are finally produced, and the truth comes out, there will be a lot of people working for Planned Parenthood and the procurement companies that are going to be hiring criminal defense attorneys, if they haven’t already.”
Watch the video of today’s press conference.
Read the 94-page Interim Update. 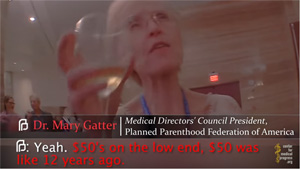 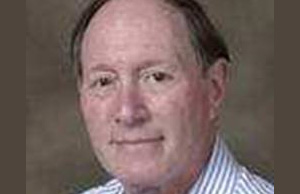