We at Operation Rescue would like to recommend two excellent articles that have been published in the past few days.
The first is an article that appeared Saturday in the LA Times, a very liberal newspaper called “Grief, Gratitude and Baby Lee” about the hospice work of Choices Medical Center Perinatal Hospice Program.
For those of you who may not know, Choices is directly next door to George Tiller’s late-term abortion mill in Wichita, KS. This article focuses on one of Choices’s clients, a woman pregnant with twins, one of which is anencephalic, and her decision not to abort him. This one is a real tear-jerker and very well worth the read.

Grief, Gratitude and Baby Lee
‘Can I do this?’ his mother agonized, knowing one of her newborns would not live. But for 43 hours, he was hers to cherish.
By Stephanie Simon, Times Staff Writer [January 28, 2006]

The second article we recommend to you is an opinion piece written by Ann Coulter called “Abortion Stops a Bleeding Heart” published last Monday about the recent trend for liberal democrats to run away from their pro-choice stand for the sake of continued political viability. It is encouraging to read about the pro-life position so dominating American politics.
Just a side note to those who say the pro-abortionists overestimate the pro-life movement’s strength — READ THIS ARTICLE! We are on the winning side and gaining momentum by the day!

Enjoy!
For the least of these,
Operation Rescue Staff 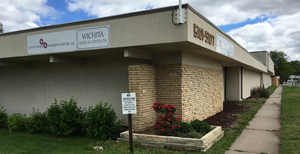 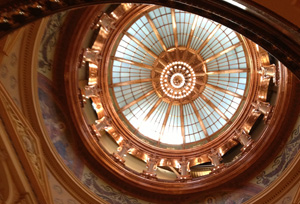 Barack Obama’s “Jihad” Against the Unborn!