Wichita, Kansas – As the 40th memorial of the Roe v. Wade decision that decriminalized abortion in America approaches next week, Pro-Life Nation has released a new strategy proposal urging the Pro-Life Movement to refocus its message to ensure victory.
Pro-Life Nation President Troy Newman, along with Senior Policy Advisor Cheryl Sullenger, suggests that the movement emphasize areas where the pro-life side wins the day and less on wedge issues that alienate the majority of Americans who would otherwise identify themselves as “pro-life.”
In the booklet, Refocusing, Newman states, “Our mission is not to be morally superior; our mission is to be successful in saving every baby and ending all abortion. Abortion is a brutal act of violence that kills a child. We simply do not have the liberty to settle for our piety when it comes to the matter of abortion. As a movement, we have a moral duty to end this holocaust. Every moment we delay means another child dead. We can no longer resign ourselves to excuses for our lack of success or waste our time on rabbit-trails and failed strategies.”
Newman notes through polls and graphs that the vast majority of Americans want dramatic limits on abortion. However that support is not translating into pro-life votes at the ballot box, simply because the focus of campaigns tend to be on wedge issues that drive away our base of support, such as contraception and abortions for “hard cases” which comprise only 1-2% of all abortions.
There are numerous strong arguments against abortion that can be made, which the public overwhelmingly supports. These same strong arguments often leave the abortion crowd either stunned into silence, or at a place where they are forced to echo our concerns and ally themselves with our position.
Newman and Sullenger note that some of the winning issues are:

“Maybe it is time we started being more ‘anti-abortion’ and emphasize the rampant corruption that characterizes an out-of-control abortion industry. This will galvanize our support and translate into victories that will ultimately end abortion,” said Newman.
The full 40-page booklet is available online at www.Pro-LifeNation.org. 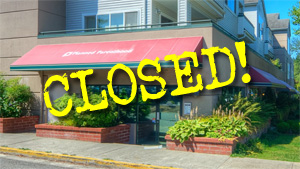