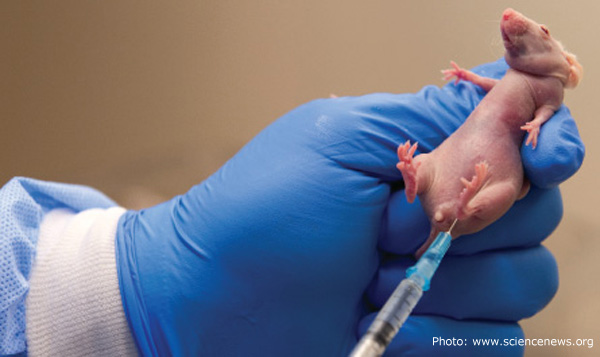 By Cheryl Sullenger
Washington, DC – Operation Rescue’s Troy Newman and Cheryl Sullenger are part of a group of 48 pro-life leaders who are urging Health and Human Services Secretary Alex M. Azar II to halt the Food and Drug Administration’s policy of purchasing “fresh” aborted human baby remains from Advanced Bioscience Resources (ABR) for the purpose of creating humanized mice used in research.
In a letter dated September 11, 2018, spearheaded by the Susan B. Anthony List, the pro-life leaders ask that ethical substitutes be found immediately to replace the unethical use of aborted baby tissues and organs that are procured by ABR from Planned Parenthood abortion facilities.
In 2015, the Center for Medical Progress, released a series of undercover videos that exposed Planned Parenthood’s involvement in the illicit trade in aborted baby remains for profit, which violates state and federal laws. ABR was one of the middle-man procurement companies that purchased tissue and organs from Planned Parenthood then resold them for huge profit to laboratories around the nation for experimentation.
ABR and five California Planned Parenthood organizations have since been referred by the House Select Panel on Infant Lives for investigation and criminal prosecution.
Around the year 2000, a line of mice was created through breeding and genetic alteration to suppress the immune response that prompts rejection of foreign tissue. This was around the time that Operation Rescue first discovered that scientists had begun experimenting with stem cells derived from aborted babies and began speaking out against it.
Mice continue to be altered with tissue from aborted babies and bred to allow their tissues to take on more realistic human properties, a practice that is considered by many to be inhumane and immoral.
“It is as if researchers have taken a page out of The Island of Doctor Moreau, the classic sci-fi story by H.G. Wells, where a mad scientist crossed the bounds of ethics and morality to create human-animal hybrids,” said Troy Newman, President of Operation Rescue, who also served on the Board of the Center for Medical Progress. “It is unconscionable that our tax money is actually paying to purchase human baby remains from abortions for these dubious experimental purposes. Other ethical means of finding new cures must be found.”
Read the letter from 48 pro-life leaders to Secretary Azar