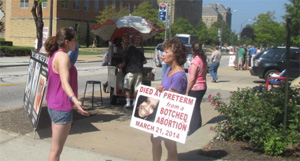 Cleveland, OH — University Hospital Case Medical Center’s involvement with enabling and promoting abortion was protested on Friday, September 5, by several pro-life groups concerned about the hospital’s involvement with a national abortion training program at an abortion facility that was the site of a patient fatality earlier this year.
About 45 pro-life supporters from Cleveland Prays for Life, Created Equal, Geauga Right to Life, HELP, Lake County Right to Life, and Life Link gathered outside UH’s Rainbow Babies and Children’s Hospital to call attention to the hypocrisy of caring for babies on one hand and helping to kill them through abortion on the other.
“We were able to interact with both consumers and employees. Many employees had no idea that their employer, University Hospitals, is involved in our local abortion cartel and most of those expressed sadness and disagreement with UH policy as we spoke with them,” said Denver Sallee of Lake County Right to Life.
Sallee also noted that during their peaceful public awareness outreach, they were counter-protested by “a sad group of death advocates with their hastily assembly signs.” Two seasoned sidewalk counselors, “spent a lot of time dialoging with these women and others hopefully planting some seeds of doubt about their support of abortion.”
UH is affiliated with Case Western Reserve University, which is home to the Cleveland branch of the Ryan Residency Training Program in Abortion and Family Planning, which is funded by the Susan Buffett Foundation. UH residents are trained at Preterm, the abortion facility where Lakisha Wilson received a fatal late-term procedure on March 21, 2014.
Wilson, 22, who was in her 20th week of pregnancy, was “not breathing at all” when she was transported by ambulance to the University Hospital Chase Medical Center where she was pronounced dead after suffering late-term abortion complications at Preterm. 911 records obtained by Operation Rescue revealed that Wilson had not been breathing for at least 17 minutes prior to transport to UH. An autopsy report indicated that Wilson suffered heavy blood loss that resulted in cardiac arrest that could have been prevented if Wilson had been properly monitored after her abortion. Wilson’s distress was noticed by abortion staff too late to save her life.
Preterm abortionists Mohamed Rezaee and Lisa Perriera, who both were on duty at the time of Wilson’s fatal abortion, both have admitting privileges at UH. Operation Rescue has also documented a pattern of abortion-related medical emergencies at Preterm in addition to Wilson’s death.
Operation Rescue, in solidarity with the Ohio pro-life groups, is calling on University Hospital to end their involvement with abortion and withdraw from the Ryan Residency Training Program as soon as possible.
“It is frightening that University Hospital would send its residents for training at an abortion facility cannot even keep all its patients alive. Abortion not legitimate health care and is contrary to the stated purpose of the hospital, which is supposedly to heal people, not kill them,” said Newman. “We call on University Hospital to cancel its hospital privilege and transfer agreements with local abortionists and stop training residents how to take the lives of babies through abortion.”
Operation Rescue urges the public to contact President of University Hospital Case Medical Center and voice concerns about its participation in abortion.
Contact:

Shooter Expresses No Remorse For Gunning Down Pro-life Activist 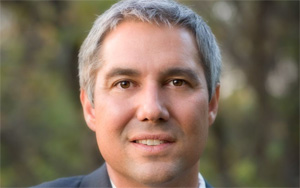 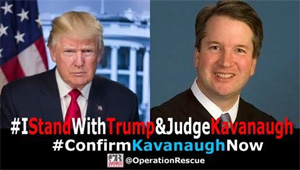