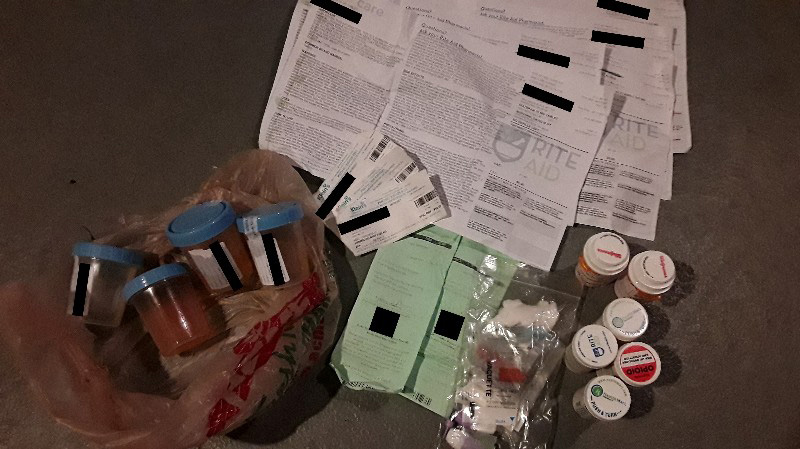 Identifying information for 30 women who recently visited the Northeast Ohio Women’s Center were also illegally dumped in violation of HIPAA.

The pro-life groups included Right to Life of Northeast Ohio, Ohio Right to Life, and Citizens for a Pro-Life Society, the latter of which discovered the body parts remains and photographed them during searches that took place from June 7 through June 29, 2021.

Denise Leopold, Director of the Right to Life of Northeast Ohio, described the discoveries during a press conference streamed live on Facebook earlier today.

According to Leopold, recognizable remains include a left hand and a left foot and other body parts.  Other tissue and organs remain unrecognizable due to the nature of the Dilation and Evacuation (D&E) dismemberment abortion procedure used to abort the baby in the womb.

During the press conference, Monica Migliorino Miller, Ph.D, Director of Citizens for a Pro-Life Society, who photographed the remains of the aborted baby, noted, “The baby was literally ripped apart.”

Miller called for the Northeast Ohio Women’s Center to be shut down, along with an affiliated abortion pill clinic in Shaker Heights.

“That would be vindication for this baby,” she said.

The remains are currently in the custody of a local funeral home, with a funeral date to be announced later.

Along with the grisly discovery of the aborted baby, an assortment of bloody biohazard medical waste was found, including bloody sheets and cannulas (tubes used to suction tissue during the abortion), along with full urine cups, which displayed the names of women who had recently visited the Northeast Ohio Women’s Center.  Patient names and, in some cases, contact information were discovered on items found in the trash along with the aborted baby’s remains.

Over 30 patient names were recovered from the unsecured clinic dumpster.

The names of clinic owner David Burkons and another abortionist, Rebecca Lowenthal, were found amongst the trash that contained the aborted baby remains and biomedical waste.

The discoveries posed a general public hazard, particularly to school children who lived in an apartment complex located behind the clinic.  Those children often use the clinic’s driveway as a short-cut on the way home from school and would have had easy access to the unsecured dumpster.

It is unknown if the new law went into effect in time to charge under that new statute.  If not, the older law could be used to bring charges.

The Northeast Ohio Women’s Center (NEOWC) and its current owner, David Burkons, have repeatedly run afoul of basic standard of care requirements and other regulations.

Once known as the Capital Care Network Akron, the facility’s license was revoked for egregious violations listed in a 34-page deficiency report by the Ohio Department of Health in March 2013.  David Burkons then purchased the business, changed the name, and was then issued a new facility license even though no substantive changes were made in the facility conditions or staffing.

The facility has since failed three inspections between 2014-2017.

Burkons’ Ohio medical license was suspended for six months in July 2017, after the State Medical Board of Ohio found that he was illegally prescribing medications and operating what amounted to a “pill mill.” After his suspension, he was placed on supervised probation, which ended in February of this year.

On July 5, 2020, an ambulance was called to the NEOWC for a 29-year-old woman who suffered “uncontrolled bleeding” after a botched abortion procedure, according to records obtained by Operation Rescue.

During that life-threatening medical emergency, NEOWC was operating on a facility license that expired on March 31, 2019.  Although the license indicates it is “Active,” the license has not been renewed since its 2019 expiration date.

Given the long history of problems at the Northeast Ohio Women’s Center, Operation Rescue joins with Right to Life of Northeast Ohio, Ohio Right to Life, and Citizens for a Pro-Life Society in calling for abortion facility to be shut down.

“How many times does Burkons and his abortion business need to be caught red-handed hurting women, mistreating human remains, and otherwise breaking the law before they are shut down for good?” asked Troy Newman, President of Operation Rescue.  “The fact that Burkons’ abortion center continues to operate on an expired facility license is telling of the Ohio Department of Health’s failure to exercise oversight.  It’s time to stop turning a blind eye to his abortion abuses and instead put the lives of women and children ahead of the pocketbooks of the abortionists.”

Please contact Ohio Attorney General Dave Yost and ask for a criminal investigation into the illegal dumping of the body of a second trimester aborted baby at the Northeast Ohio Women’s Center in Cuyahoga Falls, Ohio. Click for Contact web form. 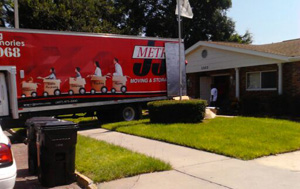