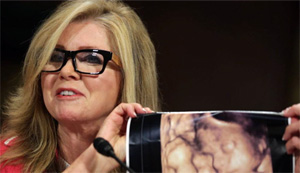 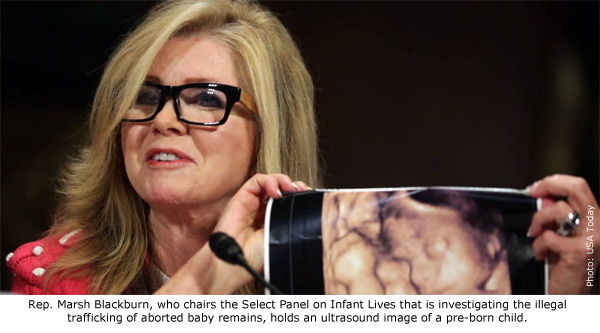 PRESS RELEASE
Washington, DC — Operation Rescue has sent a letter to House Speaker Paul Ryan urging him to extend the Select Panel on Infant Lives into the next Congressional session, so it has time to complete its investigation into the illegal trafficking of abortion baby remains by Planned Parenthood and others.
The Select Panel was created last year after the release of undercover videos by the Center for Medical Progress, which revealed Planned Parenthood’s obvious participation in the illegal sale of aborted baby body parts for profit.
The Select Panel, led by Rep. Marsha Blackburn, has spent months investigating this practice and has so far discovered patient privacy violations, illegal compensation for aborted baby remains, and the misuse of aborted baby tissue in so-called “research.”
The Select Panel has referred the University of New Mexico and Southwestern Women’s Options of Albuquerque, New Mexico, to the state attorney general for further criminal investigation and prosecution.
However, other abortion providers and middle-man organ procurement companies have stonewalled the Select Panel or have refused to cooperate with the investigation. One organ procurement company that contracted with Planned Parenthood abortion facilities to harvest aborted baby organs and tissue for resale, StemExpress, and its CEO Cate Dyer have been referred for contempt charges for their defiance of Congressional subpoenas that requested financial records.
“Because of the stonewalling and lack of cooperation with the Select Panel by abortionists and others, the Select Panel has not been able to fully complete their investigation,” said Operation Rescue President Troy Newman, who also served as a founding board member for the Center for Medical Progress. “We urge House Speaker Paul Ryan to commit now to extending the Select Panel on Infant Lives into the next Congressional Session, so they have the time they need to finish their work.”
Subpoenas were also issued by the Select Panel to a Maryland late-term abortion business, Germantown Reproductive Health Services, and to its abortionist LeRoy Carhart, where abortions are done throughout all nine months of pregnancy. The subpoenas were related to possible trafficking in aborted baby parts and viable babies that may have been born alive during abortions done by Carhart. Those entities have yet to fully comply with the subpoenas.
“It would be wrong to end the Select Panel before it has a chance to fully investigate these very serious allegations. This would allow abortionists that already think they are above the law to get away with possible crimes as a reward for their lack of cooperation. That would be a miscarriage of justice,” said Newman.
Read Newman’s Letter to Speaker Ryan