Wichita, KS — Operation Rescue protesters photographed and confronted politicians on Saturday who attended a pro-abortion “Candidate School” sponsored by ProKanDo, abortionist George R. Tiller’s political action committee.
The group brought along two Truth Trucks and parked them along the street outside the Unitarian Universalist (UU) “Church” where the Tiller-backed event was held. One of the Truth Trucks showed a continuous video of graphic images of aborted babies so those who participated in the training would know exactly what they were supporting.
Attendees were photographed in order to document their participation.
“Voters have a right to know who is beholden to Tiller and the abortion lobby,” said OR spokesperson Cheryl Sullenger. “These politicians cannot expect to sneak into an event like this and hide their connections with Tiller from the voters.”
UU minister Carolyn Brown came out to “negotiate” with the Rescuers, but turned away soundly rebuked.
“We don’t negotiate with terrorists,” replied Operation Rescue president Troy Newman half-jokingly. Newman then began discuss with her the importance of the work Christ did on the Cross.
Brown, herself a regular contributor to ProKanDo and ardent supporter of Tiller, told rescuers that she had been “saved” 14 times, that she believed that the cross is unimportant, and that she did not believe in a literal Hell. She questioned them about their “compassion” in protesting the event.
“It seemed a little hypocritical for someone who admittedly counsels women to kill their babies to speak about compassion when her actions indicate she has none for innocent children,” said Newman. “Her beliefs are outside the mainstream of orthodox Christianity and are considered heretical.”
Brown was reminded that the Bible teaches that open rebuke is better than love concealed. “By rebuking her for her participation in abortion and for her heresy, we were showing we did love her,” said Sullenger. “We may have no respect for her, but we do love her and pray for her repentance.”
ProKanDo representative Julie Burkhart summoned the police and complained about the group. She also complained that pro-lifer Mark Gietzen attempted to attend the event, telling the police he refused to leave when asked. Gietzen insists otherwise, and when refused entry, he calmly and politely left to join the group of protesters.
“Truth has never been their strong suit,” said Newman.
Tiller, who runs the largest late-term abortion mill outside Communist China, is well known as a large campaign contributor to pro-abortion candidates. According to public records, including ProKanDo statements on file with the Kansas Governmental Ethics Commission, Tiller, his wife Jeanne, and his abortion business Women’s Health Care Services have contributed hundreds of thousands of dollars to campaigns in Kansas over the past few years, including heavy investment in the last campaign of pro-abortion Democratic Gov. Kathleen Sebelius.
View Photos 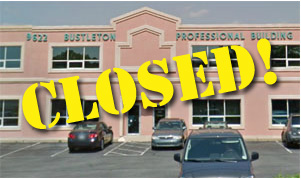