Washington, DC – A Senate confirmation hearing is scheduled to be held Tuesday afternoon concerning Pres. Barack Obama’s nomination of former Kansas Attorney General Steve Six to the United States 10th Circuit Court of Appeals in Denver.
“Steve Six is not his own man and would not be an independent jurist if this nomination is confirmed. He has a proven track record of granting favors to political benefactors and allowing personal and political biases to taint his professional decisions,” said Operation Rescue President Troy Newman. “Six is not fit to serve.”
Six’s ascension to state office followed a contentious and scandal-ridden political battle over abortion, which continued unabated under his administration.
Six was appointed by former Gov. Kathleen Sebelius, now Secretary of Health and Human Services, a rabid abortion supporter who was known for appointing ideological soul-mates to positions that would insulate abortionists from accountability to the law.
As a Sebelius puppet, Six hindered and obstructed active prosecutions of abortionists despite several District Court Judges’ findings of probable cause.
While serving as Johnson County District Attorney, Phill Kline filed 107 criminal charges against Comprehensive Health of Planned Parenthood. Six rushed to the Kansas Supreme Court to obtain a gag order on spurious grounds against the judge who was custodian of the incriminating evidence. That action prohibited the release of evidence to prosecutors and caused a three-year delay in prosecution that continues today.
Six tied the hands prosecutor Barry Disney during the trial of late-term abortionist George Tiller by accepting a pre-trial stipulation that disabled the prosecution and by limiting the strategy that Disney could employ. Tiller was acquitted, but the Kansas Board of Healing Arts was convinced Tiller had committed violations and filed a disciplinary action against him that was pending at the time of Tiller’s death.
Six also showed unprofessional bias when he allowed Disney to access evidence in his weak prosecution of Tiller, but denied Kline access to the same files for his prosecution of Planned Parenthood.
“In the interest of an impartial judiciary, we urge the Senate Judiciary Committee to deny Six’s confirmation to the Federal Appeals Court,” said Newman.
The Six Hearing is scheduled for Tuesday, May 24, 2011, at 2:30 PM at the Dirksen Senate Office Building, Room 226.
OR encourages the public to contact the Senate Judiciary Committee in opposition to the confirmation of Steve Six to the Federal Appeals Court.
Detailed Information and Documentation Links 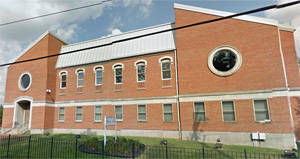