By Cheryl Sullenger
Houston, TX — After the release of the fifth sting video by the Center for Medical Progress yesterday, Sen. Charles Grassley acted to expand the Congressional investigation into the Planned Parenthood baby parts trafficking scandal.
Meanwhile, LifeNews.com has reported that Houston pro-life activists photographed an ambulance receiving a female patient outside the Houston Planned Parenthood abortion clinic featured in the CMP video released moments before.
“Just hours after the latest video was released by the Center for Medical Progress exposing PPGC talking about its track record of fetal tissue sales, including its ability to deliver fully intact fetuses, an ambulance arrived for what is most likely a botched abortion as the woman seen on the stretcher did have an IV in progress,” Christine Melchor of the Houston Coalition for Life told LifeNews.com.
“I’m sure, that as Planned Parenthood of the Gulf Coast scrambles to try and discredit the video and cover their tracks, that perhaps the abortionist and medical personnel were a bit jittery today,” she said.
Operation Rescue has documented four medical emergencies just this year at the high volume Houston Planned Parenthood, where the more risky late-term abortions up to at least 22-weeks gestation take place. Among those emergencies was one on February 6 that 911 records confirm was an abortion patient suffering from a life-threatening ruptured uterus.
The most recent CMP video featuring the Houston Planned Parenthood abortion clinic showed the facilities Director of Research, Melissa Farrell, discussing their ability to alter abortion procedures to ensure marketable organs and even intact fetuses that can be sold to biotech companies. Altering procedures to obtain intact specimens in unethical, illegal, and dangerous for the women since the “best” practice is abandoned in favor of one that will produce sellable fetal remains.
“Texas authorities should issue an emergency closure order on activities at Planned Parenthood in Houston until full investigations into alleged illegal activity can be completed, in order to protect the public from further harm,” said Operation Rescue President Troy Newman. “The exploitation of women and their innocent babies for illicit financial gain must stop and those responsible must be brought to justice in a court of law.”
Newman also serves on the Board of the Center for Medical Progress and acted in an advisory capacity throughout the nearly 3-year undercover journalistic study conducted by CMP Director David Daleiden.
Texas doubles down

Also in Texas yesterday, Gov. Greg Abbott announced that he has ordered the Texas Health and Human Services Commission “to conduct an immediate investigation of this alleged practice in addition to a separate investigation ordered by the Texas Office of the Attorney General.”
“The state of Texas is aggressively investigating this matter and must use all available legal remedies to address this depraved conduct,” he said.
Attorney General Ken Paxton testified last week before a Senate Legislative committee that his office has already sent investigators into the Houston Planned Parenthood facility and observed the recognizable remains of aborted babies in the same “POC Room” featured in yesterday’s CMP video.
Senate investigation expanded

Back in Washington, D.C., Sen. Charles Grassley (R-IA) has announced that he is expanding the Congressional investigation into Planned Parenthood by requesting information from private companies involved in fetal organ procurement how Planned Parenthood obtains “fetal tissue,” according to the Boston Globe. Sen. Grassley had previously requested information from Planned Parenthood related to allegations in the undercover videos that the abortion giant was illegally profiting from the sale of aborted baby remains.
So far, a dozen states have announced investigations into Planned Parenthood’s illegal body parts trafficking scheme. Two states, Massachusetts and Indiana, have already closed their investigations because affiliates in those states did not appear to be participating in the fetal organ trade. Ten other investigations are ongoing.
Defunding efforts reinvigorated
Also in the nation’s capital, efforts to defund Planned Parenthood and divert the over half-billion dollars of tax money they receive annually to legitimate community health clinics has received a shot in the arm after yesterday’s release of the fifth CMP shock video.
Plans are underway to resume the defunding effort later in the fall.
Long hot summer for Planned Parenthood 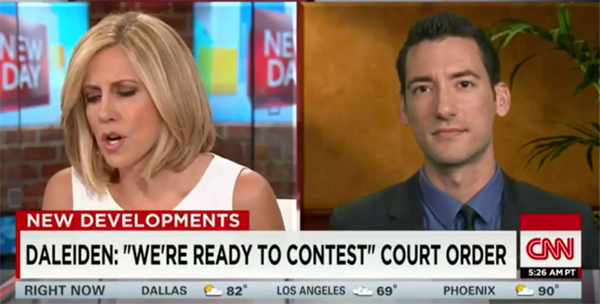 Yesterday, Daleiden told CNN that it is time for Planned Parenthood to back up their talking points with evidence.
“After three and a half weeks, Planned Parenthood still has not addressed the claim about partial birth abortions, which is a really clear description given by their Senior Director of Medical Services in the very first video that we produced,” Daleiden said. “Planned Parenthood also hasn’t produced any evidence that they have any real costs associated with the supply of fetal tissue, especially when they’re partnered with a middle man biotech company like StemExpress or Novogenix, or ABR that sends technicians into the clinics to do the harvesting, identify the patients, to receive the fetuses, dissect the specimens, and ship them off.”
The Center for Medical Progress has hundreds, if not thousands of hours of raw investigative video and has stated that more videos are planned for release in the coming weeks.
“Each video provides us with another aspect of Planned Parenthood’s callously immoral and illegal activities. Releasing them one at a time allows Americans to process each revelation and fully understand the scope of Planned Parenthood’s abhorrent conduct and their purposeful efforts to cover it up,” said Newman. “It’s going to be a long hot summer for Planned Parenthood, which better get used to operating in crisis mode. Things for them are only going to get worse.”