Topeka, KS – On Wednesday, the Kansas Supreme Court will hear arguments on two appeals filed by former Johnson County District Attorney Phill Kline asking that subpoenas for witnesses against Planned Parenthood be reinstated.
Kline had filed 107 charges against Planned Parenthood in October, 2007, alleging that the Overland Park abortion clinic committed illegal late-term abortions and manufactured evidence to cover for improper record keeping.
Judge Richard Anderson oversaw Kline’s investigations of abortion clinics when he served as Attorney General and also as District Attorney. In an earlier action, the Kansas Supreme Court ordered Anderson to be the custodian of abortion records and records from the Kansas Department of Health and Environment that it granted to Kline during his investigations.
On January 16, 2008, Judge Anderson testified in a hearing before District Court Judge Stephen Tatum that he became suspicious that the forms submitted to him by Planned Parenthood were not true photocopies of the original forms on file with the Kansas Department of Health and Environment. Anderson consulted with a police handwriting expert who verified that the forms were not the same. Anderson became suspicious that Planned Parenthood had manufactured the second form to cover up for the fact that they did not keep copies of the form in the patient files. The forms also showed that, in spite of Planned Parenthood’s denials, they were doing abortions after the 22 week limit in Kansas law. (View a copy of one set of the forms and background here and here.)
In April, 2008, Kline issued a subpoena to Anderson, ordering him to testify at an upcoming preliminary hearing. Later that day, Attorney General Steve Six filed a motion with the KS Supreme Court asking for Anderson to be gagged. Without notice to Kline, the Court issued a one-page ruling ordering Anderson not to testify or respond to any subpoena for documents. (View gag order.) Kline appealed to have the gag order lifted so Anderson could testify.
Later, Kline subpoenaed KDHE officials to testify about the forms. Those subpoenas were quashed at Planned Parenthood’s request by Judge Tatum.
Since the appeals were filed, Steve Howe has replaced Kline as Johnson County District Attorney. Howe was a fierce political rival of Kline’s and it remains to be seen if his office can put aside politics and properly prosecute this case.
“We expect to hear hysterical rhetoric from Planned Parenthood about the privacy of women, which is not even at issue in this case. All patient identifying information has long been redacted from the documents in question,” said Operation Rescue President Troy Newman, who has worked to expose wrongdoing at Planned Parenthood and helped to convene a grand jury to investigate them. “They will be fighting tooth and nail to keep any incriminating testimony or evidence from ever seeing the light of day. They know if all the evidence is suppressed and all the witnesses are gagged, there is no case. That would be a huge injustice.”
Operation Rescue’s Newman and Senior Policy Advisor Cheryl Sullenger will be available for comment after the hearing. 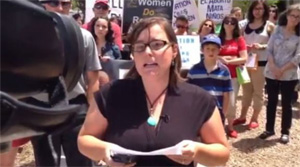 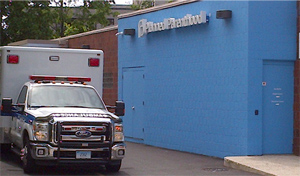