By Cheryl Sullenger
Columbia, MO — It’s the kind of news the Abortion Cartel cringes over. The Planned Parenthood abortion facility in Columbia, Missouri, has once again halted abortions and will lose their license to do them because their abortionist, Colleen McNicholas, cannot qualify for legitimate hospital privileges, as required by law.
McNicholas started prescribing abortion pills in Columbia after a shady deal was struck with Missouri University to provide her with bogus “refer and follow” privileges that were then used by Planned Parenthood to surreptitiously convince the Health Department to issue the facility a license to do abortions.
Once the scheme was uncovered by a state interim legislative committee, with the help of local activists, the University revoked McNicholas’ agreement that only allowed her to suggest that women seek treatment at University Hospital. The agreement also allowed her to receive information about the medical condition of women she referred there.
The last day for abortions at the Planned Parenthood in Columbia was Monday, November 23. McNicholas’ dubious “privileges” expire on December 1.
“We give all the honor and glory and victory to God,” said Kathy Forck, who heads up 40 Days for Life campaigns in Columbia. “This is God’s victory.”
This leaves Columbia once again abortion free, and the state of Missouri with one remaining abortion facility, a high-volume Planned Parenthood mill in St. Louis – where McNicholas also works as an abortionist — that has caused perhaps the highest known number of medical emergencies resulting in hospitalization of any abortion facility in the U.S.
However, Missouri is accustomed to having just one abortion clinic. The Columbia Planned Parenthood has had chronic difficulty keeping an abortionist on staff. It was forced to end abortions in September, 2011, after its abortionist left town. It later resumed abortions only to stop them once again after another abortionist quit.
Next year, the U.S. Supreme Court will consider the constitutionality of a Texas abortion law that has contains similar hospital privilege requirements. That case, Whole Women’s Health v. Cole, is a critically important one, according to Troy Newman, President of Operation Rescue, whose work exposing abortion abuses in Texas and across the nation led to the passage of hospital privilege requirements in over a dozen states.
“We have seen too many suffering women dumped by abortionists on hospitals, whose staff then must take the time to piece together what happened to women as their lives ebb away. In fact, some have died, and that is why the local hospital privilege requirement is so critical,” said Newman. “The U.S. Supreme Court will now decide whether the profits of abortionist who are unqualified for hospital privileges will trump the lives and health of women. There is a lot riding on this case, not just for Columbia, but for communities across America.”
But despite the difficulties in finding anyone that can legitimately qualify for hospital privileges, Planned Parenthood isn’t giving up easily.
Since campus unrest forced the resignation of top leadership at Missouri University, Planned Parenthood sees an opportunity to reverse their fortunes. Laura McQuade, president and CEO of Planned Parenthood of Kansas and Mid-Missouri, which operates the Columbia center, has vowed to pressure interim Chancellor Hank Foley to restore privileges to McNicholas.
In fact, the Planned Parenthood organization that McQuade now leads is the same one that faced 107 criminal charges in Kansas for illegal late-term abortions and manufacturing evidence to cover up for their crimes. That case was dropped after an unknown corrupt official in the Kansas Attorney General’s office illegally shredded the evidence against them during the administration of former Gov. Kathleen Sebelius, who later served the Obama Administration as Secretary of Health and Human Services.
“I wouldn’t trust this double-dealing Planned Parenthood for anything. They’re on a first-name basis with the bottom of the deck,” said Newman.
So in the tank for Planned Parenthood is Sebelius that she is scheduled as keynote speaker at a conference Planned Parenthood is holding in Kansas City, Missouri on December 14, 2015. (Details here.)
“This isn’t over. There is no doubt that Planned Parenthood and their cronies will bring powerful political coercion to bear on Missouri University to once again partner with them in the abortion business,” said Newman. “We cannot allow the University to once again participate in the shedding of innocent blood by capitulating to Planned Parenthood’s back-room bullying.”

Take Action:
Operation Rescue encourages the public to continue to contact Interim Chancellor Hank Foley and ask him to stand strong on keeping Missouri University out of the abortion business.
E-Mail: foleyh@umsystem.edu 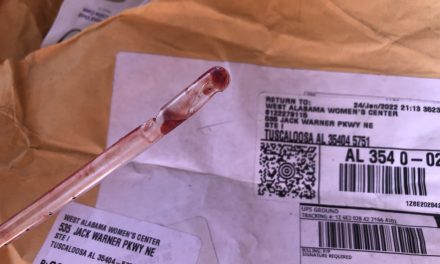