Birmingham, AL — Operation Rescue has joined with CEC for Life and Alabama Physicians for Life in filing a complaint with the Alabama Department of Public Health against Planned Parenthood of Birmingham after a civil law suit revealed multiple violations at the clinic during a botched abortion that left a woman infertile.
In addition, Operation Rescue has filed a formal complaint against Planned Parenthood abortionist Aqua Don E. Umoren for incompetence and negligence for giving Roberta Clark an unwarranted abortion in 2010 while failing to realize that she suffered from an ectopic pregnancy.
“We are asking the Health Department to shut down this Planned Parenthood abortion clinic in the interest of public safety, just as they did for the dangerous New Women All Women earlier this year. We are also asking for the revocation of Umoran’s medical license based on his incompetent treatment of Roberta Clark,” said Troy Newman, President of Operation Rescue and Pro-Life Nation.
Clark filed suit last month against Planned Parenthood and Umoren alleging that a series of negligent acts led to a misdiagnosis of her ectopic pregnancy. Umoren and an unskilled clinic worker diagnosed Clark to have an 8.5 week intrauterine pregnancy based on an ultrasound that actually showed an empty womb. Umoren fraudulently noted in Clark’s chart that his manual pelvic exam confirmed the 8.5 week intrauterine pregnancy. He proceeded with an suction abortion on Clark.
Umoren further ignored a pathology inspection of the tissue from Clark’s abortion indicated no fetal remains were present and failed to notify her of the results. Clark was admitted to a hospital for emergency surgery 25 days later to remove a 13-week ectopic pregnancy that had painfully ruptured her fallopian tube.
The Clark incident took place while Planned Parenthood was under probation for failing to report child sex abuse, failing to comply with parental consent laws, and other violations. An ADPH inspection report released just months after Clark’s botched abortion also discovered that Planned Parenthood failed to provide women with discharge instructions, which could have accounted for Clark not recognizing her life-threatening symptoms earlier.
The coalition of groups, represented by Life Legal Defense Foundation attorney Allison Aranda, successfully worked together to close another dangerous Birmingham abortion clinic, New Woman All Women, earlier this year.
“This is further evidence of Planned Parenthood’s shoddy abortion practices that continue to endanger the lives and health of women around the country and is yet another reason why tax funding should be immediately stripped from them,” said Newman.
Complaint to ADPH
Umoren Complaint Narrative 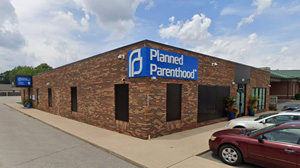