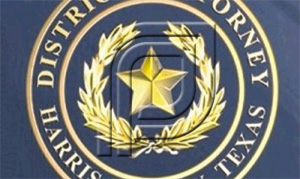 Operation Rescue renews its call for a special prosecutor 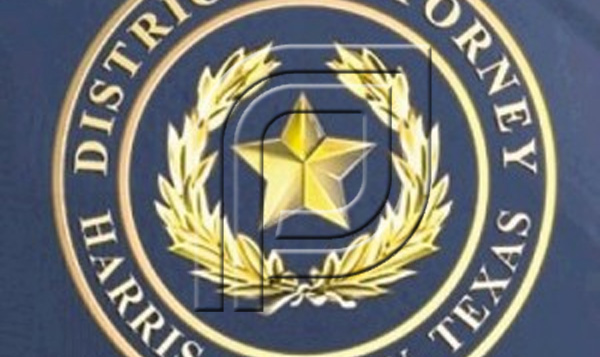 By Cheryl Sullenger
Houston, TX – It has been learned that a prosecutor in the Harris County District Attorney’s office that is currently investigating a Houston Planned Parenthood abortion clinic for selling aborted baby parts, serves on the Board of Directors for Planned Parenthood. 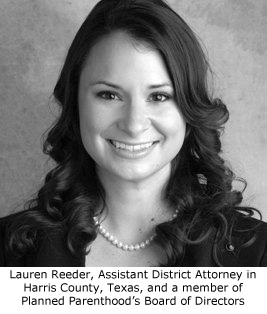 Lauren Reeder is a prosecutor in the Harris County District Attorney’s criminal family law division. She apparently notified District Attorney Devon Anderson of her role with Planned Parenthood last week.
Reeder is listed as a non-compensated “Director” on the 990 Tax Form for 2014 filed by Planned Parenthood Gulf Coast.
Last week, Operation Rescue called on Anderson to appoint a special prosecutor to oversee the criminal investigation into Planned Parenthood.
Anderson told the Houston Chronicle of Reeder, “She will not be involved in any manner in this investigation. If at any time in the future, reliable and credible information is brought to my attention that would question our ability to continue to perform a fair, thorough and independent investigation of this matter due to her board membership, I will revisit the issue of seeking the appointment of an independent prosecutor and act accordingly.”
“Today, we renew our call to Lt. Gov. Dan Patrick and District Attorney Devon Anderson to appoint an independent special prosecutor to investigate Planned Parenthood,” said Operation Rescue President Troy Newman, who also serves on the Board of the Center for Medical Progress, which released videotaped evidence against Planned Parenthood. “There are too many questions about the independence of the Harris County District Attorney’s office with a Planned Parenthood board member on hand and given the failure of a previous grand jury under Anderson to indict a Houston abortion provider despite ample photographic evidence and eye-witness testimony of late-term babies being born alive and intentionally killed. The public needs to be assured that an impartial investigation will be conducted on the facts and not on a personal political agenda.”
Anderson oversaw a previous abortion-related grand jury investigation of Houston abortionist Douglas Karpen after Operation Rescue released evidence in the form of photos and witness testimony that abortions babies were being born alive during abortions and intentionally killed by twisting their necks.
This case garnered publicity in the wake of the conviction of Pennsylvania abortionist Kermit Gosnell on three counts of First Degree Murder for intentionally killing babies born alive during abortions in a similar fashion.
That grand jury failed to return a “true bill” that would have led to Karpen’s prosecution. Operation Rescue has reason to believe that the grand jury did not have access to all the evidence, and that Anderson’s close personal relationship with Karpen’s attorney, Chip Lewis, may have contributed to the failure of the grand jury to indict Karpen.

Lt. Governor Dan Patrick made the initial request that Anderson’s office open a criminal investigation into the evidence of Planned Parenthood’s aborted baby trafficking activities as the result of videos released last week by the Center for Medical Progress that show Planned Parenthood executives discussing compensation for fetal remains, especially intact cadavers of babies 14-22 weeks gestation for the purpose of creating “humanized” mice in laboratories. There were also recorded discussions related to altering procedures to ensure that intact specimens were available for sale.
It is illegal to sell aborted fetal tissue for profit and illegal to alter an abortion procedure to protect organs for transfer to biotech facilities.
The video also showed the tissue room at the Houston Planned Parenthood facility where technicians sorted through the remains of an 18-22 week dismembered aborted baby looking for marketable body parts.
“Where there’s smoke, there’s fire, and there’s just too way much smoke blowing Planned Parenthood’s way in Harris County for us to feel remotely comfortable that Anderson’s office can conduct a fair and impartial investigation,” said Newman. 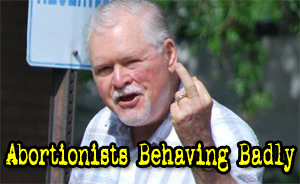 Abortionist that Slapped Patient Only Fined, Reprimanded Despite History of Abuse